GB News host Alex Phillips has launched a fiery rant at the European Union for “obsessing” of the UK after Brexit. The former Brexit Party MEP accused European Union bosses of acting like a “jealous ex” after the decision was made by the British people to leave the bloc. Ms Phillips said that Brussels eurocrats were better off focusing on the bloc’s “embarrassing” vaccination rollout.

Ms Phillips said: “The head of the EU delegation to the UK has told the Times he thought Scotland might seek independence.

“While insisting the Northern Irish protocol must be enforced, which basically annexing Belfast to Brussels. No wonder he likes it.

“It makes me question those who still cry about the result, why would you want to associate with this unpleasant organisation?

Because Thierry Breton the EU Single Market Commissioner has now rather laughably said that Brexit means the UK misses out on 45 billion from the Covid Recovery Fund. 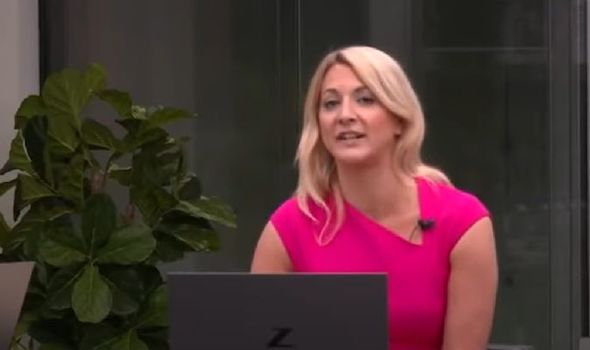 “Good luck with that mate I know how unpopular the Covid Recovery Fund already is without even being deployed yet.

“Member states were forced to pay into central coffers and not bail out their own economies because that would break EU rules.

“So now they are being told by Brussels how much they can spend when and to whom and of course all under strict EU rules that come with yep you guessed it, new austerity conditions.

“We all know how well that went down after the Eurozone Crisis.

Turning on the EU she added: “Rather than constantly obsessing with us like a jealous ex perhaps sort out your embarrassing vaccine saga.”