Cost of living: Bridget Phillipson grilled on on Starmer's absence

In his absence, backbenchers have responded positively to the calls from former Labour Prime Minister Gordon Brown for Parliament to be recalled. The former Chancellor has also called for energy firms to be renationalised on a temporary basis, a policy he argues would bring down gas and electricity bills.

A number of Labour MPs have been critical of Sir Keir’s “eerie” silence over spiralling energy bills.

However, they have responded positively to Mr Brown’s suggestions and have urged Sir Keir to “go further” by calling for a new cost of living rescue package.

During a trip to Edinburgh on Friday Sir Keir is expected to unveil plans to end rip-off prepayment metres that see the poorest families charged the highest costs for electricity.

The Holborn and St Pancras MP will also say that the move by increasing the windfall tax on energy companies. 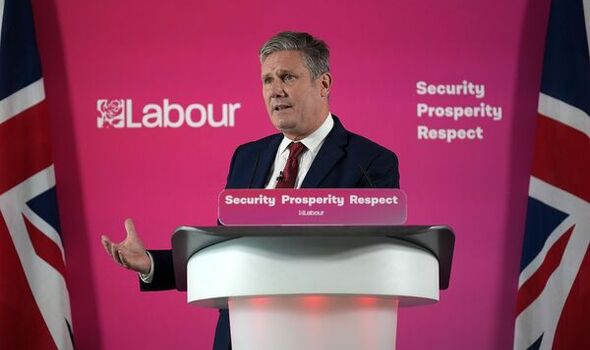 This would eliminate the inbuilt discounts for companies that reinvest their profits in the UK.

According to Steve Reed, the shadow justice secretary, Sir Keir will also unveil a “fully costed” package of measures to help households through the crisis next week.

However, these announcements have not placated anger among some Labour backbenchers particularly on the left of the party.

Zarah Sultana, MP for Coventry South and member of the Socialist Campaign Group, told LBC that Sir Keir needed to go much further.

She said: “The scale of this crisis is absolutely huge, and I’m personally not seeing enough being done by my party.

“Of course I want the Labour Party to go further.

“Now is an opportunity to show real leadership by supporting trade unions who are at the front line of this fight.

“We should be showing solidarity with workers fighting for a pay rise, we should be making that argument around ending food poverty.”

“Have you seen this man? Missing during the cost of living crisis,” it read, with a black and white photo of the Labour leader.

Speaking to The Daily Telegraph another Labour MP slammed Sir Keir openly asking where the former Director of Public Prosecutions was.

They said: “Where the hell is he? Where is our leader?

“Gordon doing that has made it quite difficult for the leadership to keep quiet, but it’s eerie how quiet they’ve been.”