The state hasn’t had a Democratic senator in decades. Mr. Harrison is betting that immigration and growing support from women will change that. 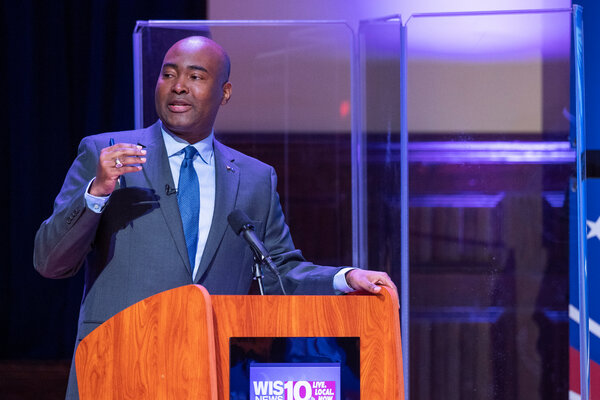 CHARLESTON, S.C. — Jaime Harrison, the surprisingly competitive Democratic challenger in the U.S. Senate race in South Carolina, will need a lot more supporters like Nikki Hinske if he wants to defeat Lindsey Graham, the savvy, shape-shifting fixture of Republican Washington who is vying for a fourth term.

Ms. Hinske, a 44-year-old accountant who said she tends to vote for Democrats, was sitting with a few friends on a recent weeknight on Daniel Island — an upscale enclave of Charleston that went decisively for Donald Trump in 2016 — writing get-out-the-vote postcards to strangers. She talked about growing up in a Republican household where politicians like Mr. Graham, with his center-right instincts and independent streak, were respected.

Recent polls show Mr. Harrison, a former lobbyist who later became the first African-American to run the state Democratic Party, close to or even with Mr. Graham, a remarkable feat given the moribund condition of the South Carolina Democratic Party, which has struggled to compete at the state level for years.

But Mr. Harrison, 44, has something previous South Carolina Democrats did not: A jaw-dropping fund-raising haul, including a record $57 million that his campaign took in from July to September, much of it from Graham-hating liberals far beyond South Carolina. It was the highest quarterly fund-raising total for any Senate candidate in U.S. history.

The money has allowed him to blanket local TV stations — and even reach out of state markets, like Atlanta — with ads that underscore his compelling up-from-poverty biography and paint Mr. Graham as a luxury-obsessed creature of Washington who opposed an extension of the coronavirus unemployment benefits program and is otherwise out of touch with the needs of voters in one of the nation’s poorest states.

Mr. Harrison is also betting that his state is in the midst of the kind of leftward, New South political realignment that has already changed Virginia and may well be underway in North Carolina and Georgia. “The South is having a renaissance: We can replicate the blueprint created in states like Georgia,” Mr. Harrison said in a September fund-raising email, referring to Stacey Abrams’s narrow loss as the Democratic candidate in that state’s governor’s race in 2018. 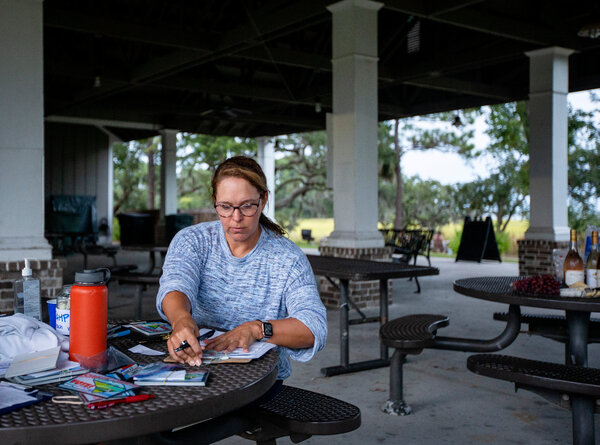 Despite his mountains of cash and solid poll numbers, Mr. Harrison needs several things to go his way in the last weeks of the race. He needs to see significant turnout by college-educated women like Ms. Hinske, as well as by nonwhites who now make up about a third of the state’s 3.3 million registered voters. And he needs center-right South Carolinians, tired of Mr. Graham’s fealty to President Trump, to either break for him or stay home on voting day. How those two factors play out will decide not just the South Carolina Senate race — they could decide which party controls the Senate come January.

South Carolina is not an obvious spot for a potential Democratic upset: The party has not won a Senate race there in more than two decades, it currently holds no statewide elective offices and Mr. Trump is expected to win the state easily. But Democrats are feeling a little momentum that they hope Mr. Harrison can build on. Two years ago, the party was encouraged by the victory of Joe Cunningham, a Democrat, in the race for South Carolina’s First Congressional District, which includes much of the Charleston area.