Michael Gove said the UK must remain together to “build back better and stronger from the pandemic” whilst Ben Wallace said Britain was “better together. It comes after the SNP revealed a “roadmap to a referendum”, setting out how they intend to take forward their plans for a second vote.

Mike Russell, the Scottish Government’s Constitution Secretary, presented an 11-point document to the party last month, which said a “legal referendum” would be held after the pandemic if there was a pro-independence majority following May’s election.

Mr Wallace, the Secretary of State for Defence, said today: “Scottish nationalism and the debate around independence and the Union has always in my experience been fluctuating.

“But when it comes down to no longer playing the man, but playing the ball on referendum campaigns or elections campaigns, then what we find is the arguments unpick and people get serious about the debate.

“There’s been an awful lot of playing the man, not the ball.” 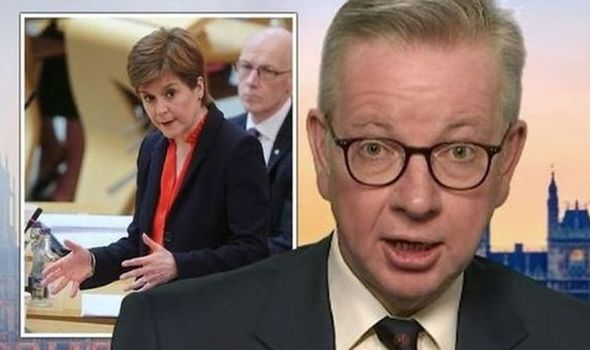 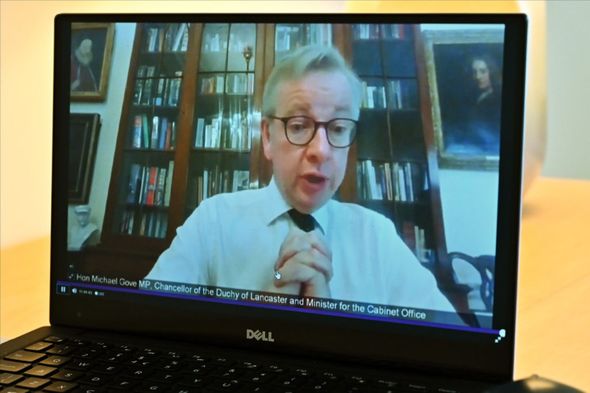 When asked how panicked Whitehall was about increasing support for independence, Mr Wallace said: “There isn’t really any panic about it.”

Meanwhile, Cabinet Office Minister Mr Gove accused the SNP led Scottish Government of being slow in rolling out their jabs and highlighted the importance of being in the UK for vaccinations.

Mr Gove said: “No-nonsense decisions to prioritise speed and a strong supply chain above cost have paid off for the UK… in comparison to the stuttering performance of governments across Europe.” 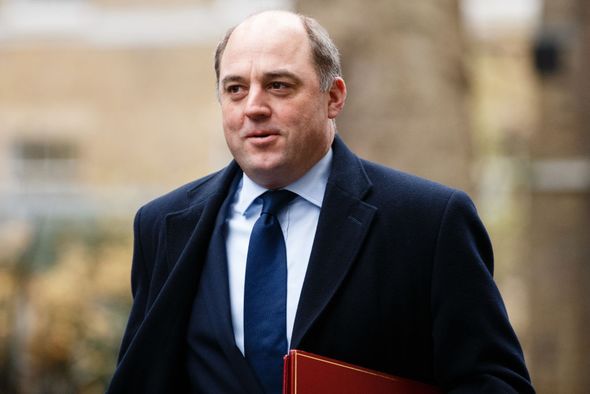 This is in addition to the 98 members of the Royal Scots Dragoon Guards who were already supporting the vaccine effort.

Writing for the MoS, Mr Gove said: “As they have for centuries in times of crisis – albeit this time against an invisible enemy – our Armed Forces are stepping up. Men and women from Scotland, Wales, Northern Ireland and England, shoulder to shoulder on behalf of the whole United Kingdom, offering up their talents and strengths in the service of us all.”

On the wider topic of Coronavirus and economic recovery, Mr Gove said: “We are all in this together, the UK Government working with the devolved administrations in Edinburgh, Cardiff and Stormont, using the historic ties we have built up over 300 years to face down the terrible threat of COVID-19.

“Our greatest ever peacetime team effort. 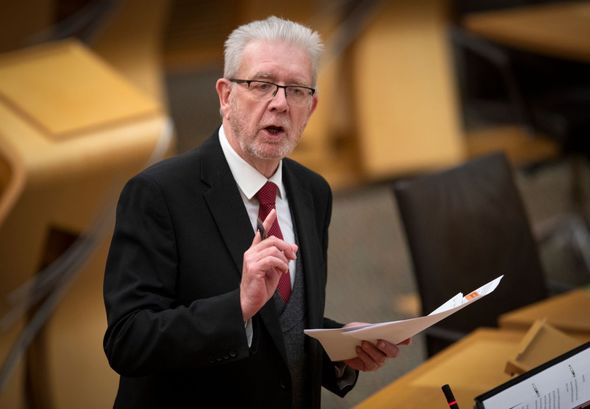 “What we have learned along the way is the crucial part that pooling our knowledge, sharing our experiences, learning from each other and working together across the UK will also play in building back better.”

But Scottish Health Secretary Jeane Freeman pledged all Scots would get a Coronavirus jab by June and insisted vaccine rollouts were on track.

Speaking this morning, the SNP Scottish Government minister said the rollout was now “exceeding expectations” after the daily number of jabs ramped up dramatically last week.

She added on BBC Scotland’s Sunday Show: “In effect from the end of this month, early March, we will be running two vaccination workstreams – the second doses vaccination, for all those who have had their first dose, and continuing the first dose.

“If supplies allow us to do that then we should meet all those projected completion dates.”

She stressed the country is now on course to inoculate all over 70s and clinically vulnerable groups over the next week, in line with a flagship target, as well as vaccinating all over 50s by May.