For all their power, they sure do worry about the opposition

Mr Cole-Hamilton said the latest formal complaint against him was thrown out by Scotland’s Ethical Standards Commission just last week.

Writing in The Scotsman newspaper, he said: “A Nationalist candidate had stated on Twitter how much more welcoming Scotland was than our neighbours south of the border and I’d replied with a picture of those anti-English bigots who hold that awful ‘England – get out of Scotland’ banner outside airports and stations and above it I’d written: ‘Meanwhile in another part of the SNP…’

“Twitter screamed at me for days – pointing out that the clowns with the banner weren’t supporting an official SNP policy and probably weren’t even SNP members.

“I stood my ground, arguing that for as long as Nicola Sturgeon stoked the frisson of possibility around a quarantine blockade at Gretna, they were following her lead.

“On the strength of that somebody dobbed me into the Commission.” 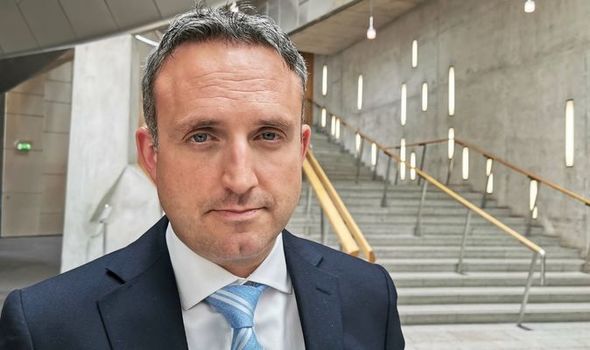 Mr Cole-Hamilton said a referral to the body which monitors ethical standards in public life is usually a big deal but this was not his first experience.

He said: “Beat the SNP in a Holyrood election and that victory comes with an office in parliament and a great big target on your back.

“For all their power, they sure do worry about the opposition.”

The 43-year-old said he was glad to be cleared of any wrongdoing but remained furious at the “colossal waste of time, particularly police time, and public money that each complaint has triggered”.

He said he was even more angry about the fact that “this is how we do politics in Scotland now”. 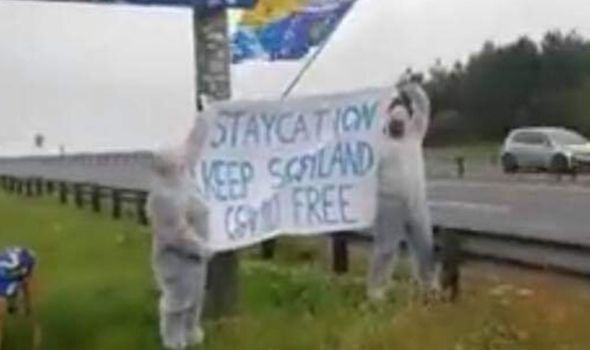 The MSP said: “Any opposition politician who challenges the governing party, or their leader in any way these days, is immediately monstered on social media and can expect at least a venomous byline in their pet paper, The National.

“If you score a few direct hits, they’ll find a way to shop you to a higher authority and that can tie you up practically and psychologically for months.

“I can tell you from experience, when my election spending was referred to the police, that walking two detectives through the evidence that would ultimately confirm my innocence over two hours in a police station, was deeply unsettling.

“It took up my time and attention for many weeks. But that’s why the SNP did it in the first place.”

He continued: “There is no room for effective opposition on their path to independence, so they will seek to bring you down or derail your momentum, by fair means or foul and I am by no means the first they’ve done this to.”

“These tactics may be designed to put me off or slow me down, but the reverse is true.

“If I’m such a target for the SNP, then I must be doing something right.” 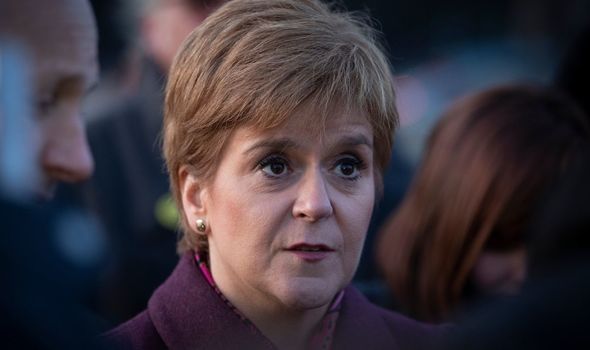 An SNP spokesman said: “Alex Cole-Hamilton is quick to demand robust scrutiny of his political opponents but appears much less keen when his own decisions and behaviours are subject to the same exacting standards.

“The SNP contest every seat in Scotland with the intention to win, and in the face of rising support for independence, it sounds like Alex Cole-Hamilton is already panicking about his prospects of winning next May.”

Mr Cole-Hamilton spoke out as a petition launched by George Galloway calling for Ms Sturgeon to resign or be removed from office was signed by more than 25,000 people.

The political activist and former Labour MP is calling for a no confidence vote in the First Minister, citing the school exams fiasco, the Alex Salmond case, deaths in care homes and Scotland’s drugs deaths crisis.