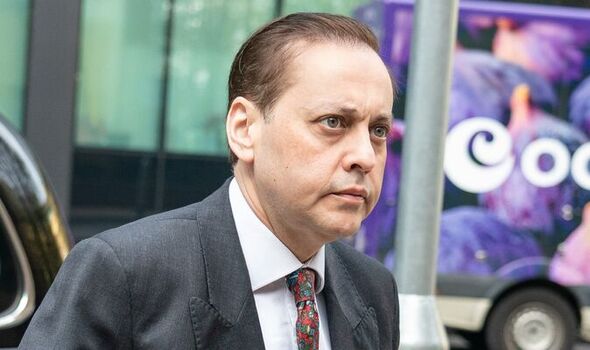 The 48-year-old MP for Wakefield spent the first 11 days of the month in court before being found guilty on April 11, meaning he was unable to represent his constituents during this time. He was convicted of groping a 15-year-old boy in 2008. The MP announced that he planned to step down on April 14 but he only handed in his official resignation last night.

The official move comes three weeks after his conviction.

Despite submitting the letter on Monday, Khan told the Guardian that his resignation is effective from April 30, meaning he will receive full pay for the month.

This includes three weeks of pay from after his conviction.

Speaking to ITV News, he said: “It’s typical of his contempt, not just for the people of Wakefield but for proper process.

“The man’s an absolute disgrace”.

In his April 14 letter, Khan said it would be “intolerable” for voters to not be represented.

Khan, who has been the MP for Wakefield since 2019, said: “While legal proceedings are ongoing, I do not believe that it would ordinarily be appropriate to resign.

“However, owing to long delays in the legal process, my constituents have already been without visible parliamentary representation for a year.

“Even in the best-case scenario, anticipated legal proceedings could last many more months.

“I have therefore regrettably come to the conclusion that it is intolerable for constituents to go years without an MP who can amplify their voices in Parliament.”

He added: “Representing them has been the honour of my life, and they deserve better than this.

“Consequently, I am resigning as MP for Wakefield and withdrawing from political life.”

In his statement, Khan said he would be appealing the verdict, which was delivered at Southwark Crown Court earlier this week.

His resignation will trigger a by-election in the constituency, which had been held by Labour for 87 years before Khan was elected.

The date for the by-election cannot be set until his resignation has been processed by the Treasury.

It is understood that this will not take place until after the bank holiday.