The Scottish Parliament election will take place on Tuesday, May 6, 2021. Scotland will head to the polls to elect 129 Members of the Scottish Parliament (MSPs). Five party leaders spoke at tonight’s debate, read on to find out what they had to say and vote for who you think won the TV debate.

In her opening statement, Ms Sturgeon said “serious times” demand “serious leadership”, and she said she had done her best every day to lead Scotland through the pandemic.

Ms Sturgeon said her immediate focus is to suppress Covid in order to restart the economy.

She also said the SNP would support businesses with April start-up grants, as well as supporting people to reskill with initiatives like the National Transition Training Fund.

Ms Sturgeon added the SNP would champion a major investment in infrastructure and provide 100,000 more affordable homes, as well as providing investment in renewable heating and green jobs.

She added: “Part of our economic recovery has to be a focus on tackling poverty and inequality as well.

“It should be a wellbeing-based recovery, which is why other things I’d like to do if re-elected is to look at how we pilot and explore things like a four-day working week to get that work-life balance better.”

Ms Sturgeon also said she would want Scotland to “get back into the European single market”, but said she would only hold a referendum on Scottish independence “when the crisis has passed”.

Ms Sturgeon confirmed she would want a second vote on Scottish independence to take place in the first half of the next five-year Holyrood term, “assuming the crisis has passed”. 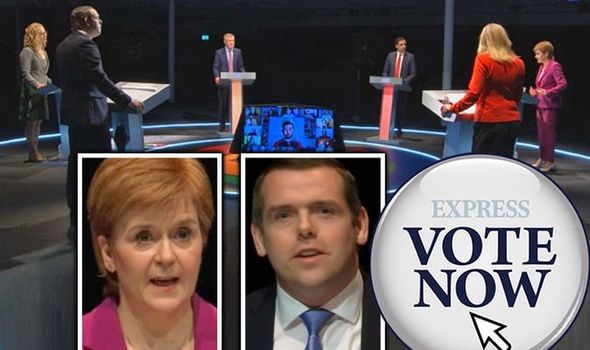 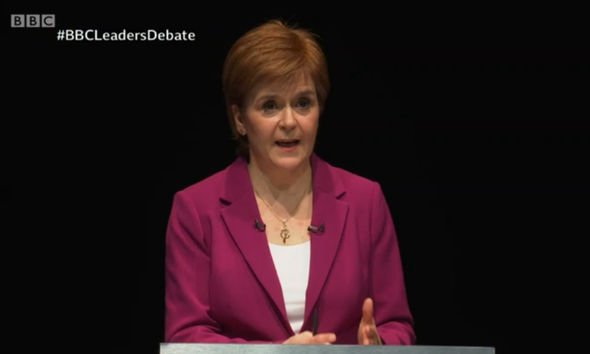 Mr Ross said the Conservatives would “focus on rebuilding Scotland” and “delivering opportunities” for the next generation.

Mr Ross is not in favour of another referendum on Scottish independence, instead favouring protecting jobs and rebuilding the economy.

Mr Ross hit out at the SNP, accusing them of wanting to “take us through another divisive independence referendum”.

Mr Ross said the Conservatives would protect jobs and help people back into work if they lose their jobs, with initiatives like a Job Security Council and a Retrain to Rebuild Grant.

The Conservatives would invest in infrastructure programmes and rolling out full fibre broadband to businesses and properties by 2027.

He also highlighted the coronavirus vaccination programme as being one of the strengths of Scotland being part of the United Kingdom. 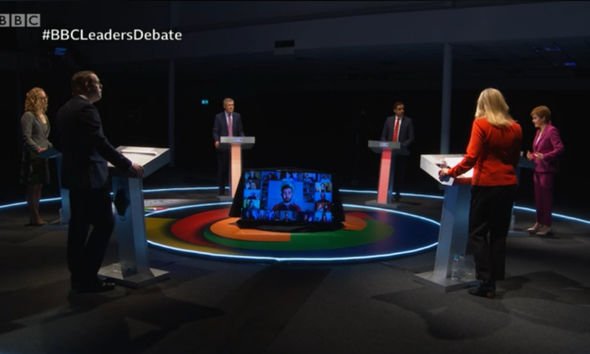 In his opening statement, Mr Sarwar said this year must be about “national recovery”.

Mr Sarwar said he wanted to “focus on what unites us as a country, not what divides us”.

Some of the priorities Mr Sarwar outlined included restarting the economy and creating jobs, restoring children’s education and protecting their mental health, in addition to renewing the NHS.

He pledged: “Alongside defeating the virus, I am determined to restart our economy and create jobs, to restore our children’s education and look after their mental health, and renew our NHS so that it never again has to choose between treating a virus or treating cancer.”

With regards to the economy, Mr Sarwar said Labour would continue support in a tapered way, with no cliff-edge on furlough.

He also said Labour would invest in new technologies and would support a Youth Jobs Guarantee to ensure there is no “lost generation” as a result of Covid. 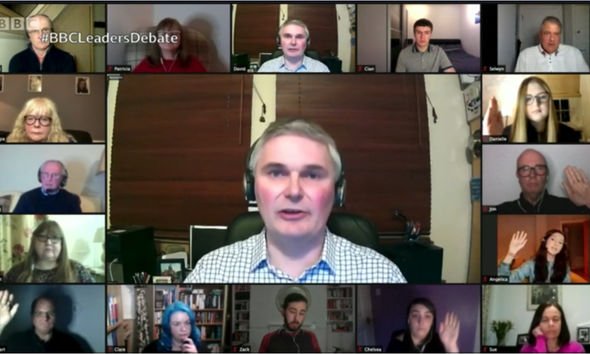 In her opening statement, Ms Slater said “our future is at stake” and that there is less than 10 years before the climate breakdown “goes past the point of no return”.

Ms Slater said the Greens would strive for a “fair and green recovery” when it comes to the economy, with initiatives like a “rail for all” programme, where everyone will have access to affordable, reliable rail travel.

The Greens also want to upgrade Scotland’s homes, with the aim to reduce bills, emissions and create jobs.

Ms Slater said her party would commit to a referendum taking place in the next Holyrood term in its manifesto.

In his opening statement, Mr Rennie said he would spend “every second” of the next five years “focusing on putting the recovery first”.

Mr Rennie said he would focus on creating jobs, protecting mental health and taking action on the climate crisis.

With regards to the economy, Mr Rennie said the Lib Dems would invest in education, re-skilling and re-training.

Mr Rennie also noted the potential of hydrogen in Scotland and outlined the youth jobs guarantee.

The Lib Dems would also support reform of the social care sector, to pay carers more, as well as increasing provisions for mental health support.