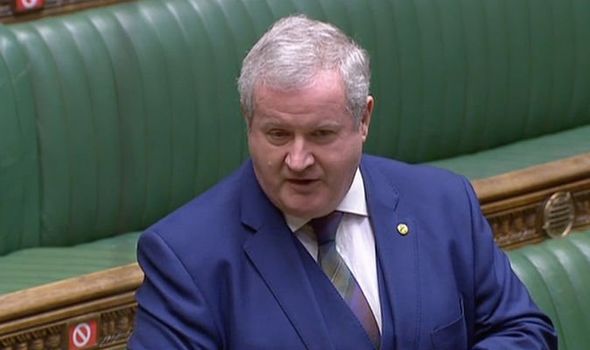 The party’s Westminster leader intervened in a debate on the Brexit trade agreement with the EU to make a point of order – usually used to highlight inaccuracies or irregularities in a Commons debate.

However, Mr Blackford interrupted the Prime Minister’s opening statement in the debate to launch into a speech promoting independence.

He said: “As the leader of the SNP knows, it is not a point of order.

“I’m desperate to know what he has to say in his contribution, rather than use it up now, why doesn’t he just wait.”