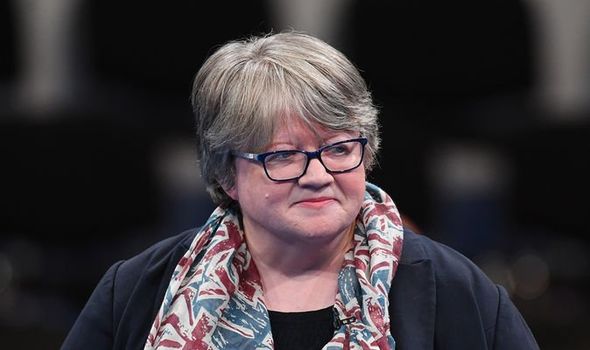 In a speech to the Policy Exchange think tank, Work and Pensions Secretary Thérèse Coffey is to argue the multi-trillion pound retirement savings across the world can become a global “superpower” in the battle for a greener planet.

Her address will coincide with the Government setting out plans to align UK pension rules with the 2015 Paris Accord goal to limit global temperature increase to 1.5C.

The proposals, to be published in a Whitehall consultation document tomorrow, are designed to mobilise billions of pounds of UK pension savings behind the effort to curb climate change.

And a report from Friends of the Earth will reveal that UK pension funds have an estimated £128 billion invested in fossil fuels, equivalent to nearly £2,000 for every person in the country.

Speaking at the think tank in Westminster, Ms Coffey is expected to say:

“As the MP for Suffolk coastal, I am all too aware that while climate change is a global challenge, the consequences of failing to act will be most visible in local communities.

“Left unchecked, surging sea levels over the coming decades threaten to leave parts of Suffolk and other coastal areas of the UK permanently underwater.

“We need to fight climate change on every front.”

She will add: “Pensions have a massive role to play. If you put all the occupational pension schemes together, the combined total assets come to nearly £2 trillion.

“With all that capital clout, pension schemes can become a superpower in the fight against climate change. I urge other countries to harness the power of pensions.”

Her speech comes ahead of the Cop26 climate summit of world leaders in Glasgow starting at the end of the month.

The Friends of the Earth report, published in full tomorrow, discloses analysis of a sample of six of the largest pension funds which have published information on their investments.

The report finds that 4.3% of funds were invested in the top 200 fossil fuel companies.

If this sample is applied to the whole pension funds sector, it would represent £128 billion total investment in fossil fuels, and £1,916 per UK citizen.

– Half of the largest pension funds published no information about their investments, including Now Pensions, with 1.8 million members, and the BT Pension Scheme, valued at £57 billion.

– None of the UK’s largest pension funds were found to have credible plans to divest from fossil fuels.

– 150 funds globally have made divestment plans, including the London Borough of Islington, which was commended for having detailed plans to divest from fossil fuels and invest in green projects.