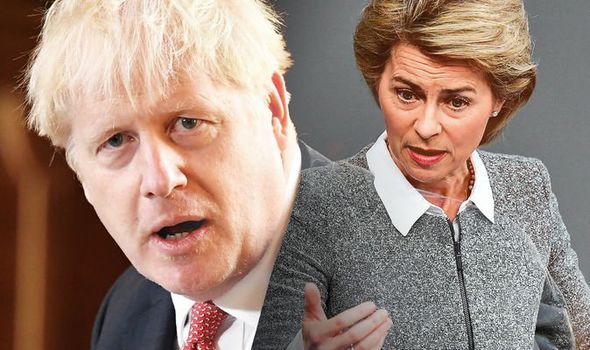 The warning from international trade secretary Liz Truss came as new concerns over EU standards have been highlighted by meat inspectors.

They have warned that a decision by Brussels to downgrade inspections of pork could allow tuberculosis into the food chain.

Speaking exclusively to the Sunday Express, Ms Truss also agreed that critics of US food standards trying to block a free trade deal with America are guilty of “double standards” by ignoring dubious practices in the EU.

According to  the European Working Community

y the EU to only have “visual only” inspections.

He said: “Inspectors stopped cutting lymph nodes in pigs’ heads, which are known to contain abscesses and tuberculosis lesions. Under previous systems, the pigs’ head would have been rejected for food, but now the meat is minced to make sausages and meat pies, spreading the pus from the abscesses and TB material throughout these products.

“I don’t think you can prove it’s safe to feed people abscesses, pus and TB material.”

Hot from achieving a major success into ending the 23-year US ban on British beef, Ms Truss said: “From now on now we are no longer a member of the EU they have to conform with British standards to come into this country. That applies to countries in the EU, the US, Australia and Japan. 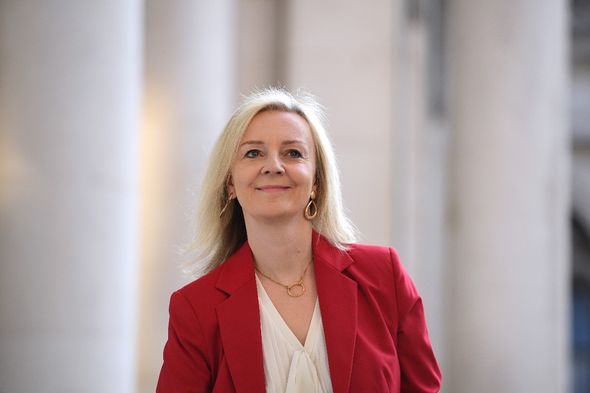 “Of course we have to continue to have high standards to expect those countries to accept our food as we have managed to persuade the Americans to accept British beef after 23 years.”

She mocked those who are demanding that certain US foods are not included in a trade deal.

She added: “In general there is an issue with people trying to refight the referendum.”

One of her main priorities is to end the ban on British lamb to the US, the world’s second biggest importer of the meat with just a 3 per cent share worth £18 million.

As someone who was previously the cabinet minister in charge of Britain’s farming, she said: “I’m still a passionate supporter of British food. I think we sell the best food in the world and we shouldn’t be defensive about it because people around the world want to buy it. They like our high end, best standards, they like the quality, they like the tradition.

“British stilton or cheddar or whether it is our beef or lamb, there is a huge premium for British brands around the world.”

This week she has seen Northern Irish beef being sent to Philadelphia with the end of the US ban and Cornish clotted cream produced by Rodda’s for afternoon tea in Japan.

She said: “Over the last few years we have seen a real boom in exports.

“We are now a net exporter of dairy products to the rest of the world. I went to Davidstow last week and I saw Cathedral City cheese is entering the US market for the first time. I think we should be proud for what we have to offer the world.

“Of course we should maintain our standards, we have no intention of lowering them. We shouldn’t be afraid we should be positive about what we have to offer.”

The Countryside Alliance said that the revelations about the EU showed why British food needs to be clearly marked with a Union Jack stamp.

The organisation’s director of communications Mo Metcalf-Fisher said:  “The reality is UK meat is produced to impeccable world leading standards both environmentally and in terms of animal welfare. Going forward, it is vital that packaging claiming to offer our superior product is clearly labelled so as to never mislead the consumer. Never has it been more important to buy British & support British farming.”