WASHINGTON — Last fall, the Pentagon’s most senior leaders agreed that two top generals should be promoted to elite, four-star commands.

For then-Defense Secretary Mark T. Esper and Gen. Mark A. Milley, the chairman of the Joint Chiefs of Staff, the tricky part was that both of the accomplished officers were women. In 2020 America under President Trump, the two Pentagon leaders feared that any candidates other than white men for jobs mostly held by white men might run into turmoil once their nominations got to the White House.

Mr. Esper and General Milley worried that if they even raised their names — Gen. Jacqueline D. Van Ovost of the Air Force and Lt. Gen. Laura J. Richardson of the Army — the Trump White House would replace them with its own candidates before leaving office.

So the Pentagon officials agreed on an unusual strategy: They held back their recommendations until after the November elections, betting that if Joseph R. Biden Jr. won, he and his aides would be more supportive of the Pentagon picks than Mr. Trump, who had feuded with Mr. Esper and has a history of disparaging women. They stuck to the plan even after Mr. Trump fired Mr. Esper six days after the election.

“They were chosen because they were the best officers for the jobs, and I didn’t want their promotions derailed because someone in the Trump White House saw that I recommended them or thought D.O.D. was playing politics,” Mr. Esper said in an interview, referring to the Department of Defense. “This was not the case. They were the best qualified. We were doing the right thing.”

The strategy may soon pay off. In the next few weeks, Mr. Esper’s successor, Lloyd J. Austin III, and General Milley are expected to send the delayed recommendations to the White House, where officials are expected to endorse the nominations and formally submit them to the Senate for approval.

The story of the two officers’ unusual path to promotion — General Van Ovost to head the Transportation Command, which oversees the military’s sprawling global transportation network; and General Richardson to head of the Southern Command, which oversees military activities in Latin America — underscores the uncertainty clouding the final weeks of the Trump administration, and the unorthodox steps senior officials took to shield the Defense Department from actions they believed could jeopardize policy and personnel.

Mr. Trump’s abrupt firing of Mr. Esper and the installation of a group of hard-line loyalists into senior jobs at the Pentagon elevated officials who had pushed for more aggressive actions against Iran and for an imminent withdrawal of most American forces from Afghanistan over the objections of the military.

Mr. Trump also named one of those loyalists, Michael Ellis, to be general counsel at the National Security Agency, over the objections of the agency’s director, Gen. Paul M. Nakasone. The White House rushed to appoint several Trump loyalists to Pentagon advisory boards, the governing boards of military service academies such as West Point, and other positions that could outlast the Trump administration. 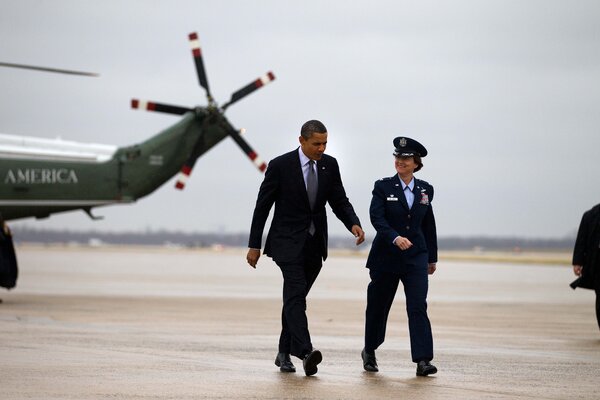 Mr. Trump, in the last tumultuous months of his presidency, had grown sour on both Mr. Esper and General Milley, whom he viewed as too open to the views of the movement for change that swept the country after the killing of George Floyd by the Minneapolis police last year.

When General Milley in June apologized for joining Mr. Trump in his photo-op walk across Lafayette Square that had been emptied of protesters by law enforcement in riot gear using tear gas, Mr. Trump derided his top general’s apology to aides.

Then, when Mr. Esper and General Milley, also in June, floated a plan to rename 10 Army bases that honored Confederate generals, Mr. Trump smacked them down in a string of Twitter messages, writing that “my administration will not even consider the renaming of these Magnificent and Fabled Military Installations.”

And after Mr. Esper and General Milley both opposed Mr. Trump’s expressed wishes to invoke the Insurrection Act to deploy active-duty troops on American streets to battle supporters of the Black Lives Matter movement, Mr. Trump made clear to aides that he was unhappy with both men. He was talked out of firing Mr. Esper last summer out of concerns of injecting the appearance of even more instability into an already tumultuous administration. But on Nov. 9, days after he lost the election, Mr. Trump made good on his wishes and replaced his defense secretary.

Amid these hectic personnel changes and the unpredictability of a department led by Christopher C. Miller, an inexperienced acting defense secretary, Mr. Esper and General Milley decided to hold back some top nominees, including Generals Van Ovost and Richardson, until Mr. Trump and his aides left office.

Some former Trump administration officials disputed the notion that the nominations were delayed because of any White House animus toward female candidates. The Senate was unlikely to have time to consider any year-end nominations, the officials said, so the Pentagon decided to submit their names after the new Congress took office in January.

“It was about timing considerations, not that they were women,” said Mr. Miller, who served as acting defense secretary for nearly three months, in an interview.

Had Mr. Trump won re-election, officials said, General Milley would most likely have sent the recommendations to the White House for approval, hoping for the best. But the general and Mr. Esper thought the personnel choices faced a smoother selection process under a new Biden administration.

Mr. Biden and Mr. Austin could always pick other candidates, but Mr. Esper and General Milley were confident the new team would endorse their selections, who had been vetted and evaluated over several months.

Col. Dave Butler, the spokesman for General Milley, declined to comment for this article.

General Van Ovost is already a four-star officer, leading the Air Force’s Mobility Command at Scott Air Force Base in Illinois. Of the 43 four-star generals and admirals in the United States military, she is the only woman. A seasoned commander and Air Force Academy graduate, General Van Ovost’s pick as head of the multiservice Transportation Command, also located at Scott Air Force Base, played to her strengths, officials said.

General Richardson is the three-star commander of the Army component of the Pentagon’s Northern Command, based in San Antonio, which is playing an important role in providing military assistance to FEMA’s Covid vaccination program.

“Very capable, great team builder,” Anthony R. Ierardi, a retired commander of the Army’s First Cavalry Division, where General Richardson was a subordinate, said in an email. “Gets things done.”