Boris Johnson has said Prince Philip “touched the lives of millions” and “made this country a better place” as all the UK’s parliaments were recalled early from the Easter recess to pay tribute to the duke.

The House of Commons’ session to pay tribute to the Duke of Edinburgh, attended physically by socially distanced MPs, started with a minute’s silence.

Speaker Lindsay Hoyle said the prince “never let the Queen down” in his long service to the country and said he was “without doubt the father of the nation”. 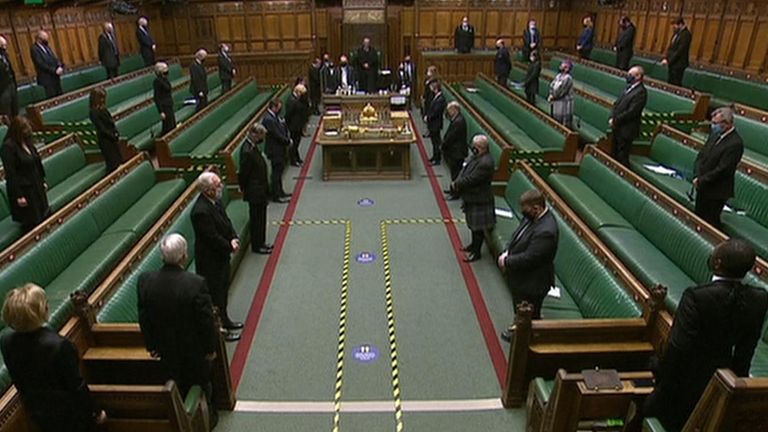 The prime minister led the tributes by saying the duke sustained the Queen “throughout this extraordinary Elizabethan age”.

He said Prince Philip “touched the lives of millions” with his “novel ideas”, and had a “quite unparalleled career of advice and support”.

Mr Johnson added that the duke “occasionally drove a coach and horses through the finer points of diplomatic protocol…but the world did not hold it against him”.

Labour leader Keir Starmer followed up his tribute by focusing on the Duke of Edinburgh award, which he said he took started aged 14 and was the best training for going into politics.

He added that the UK “will not be the same in his absence…a symbol of the nation we hope to be at our best”. 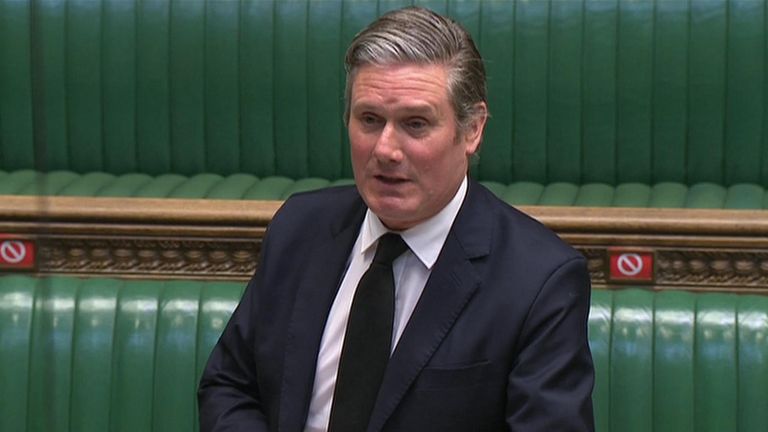 Former prime minister Theresa May said the duke was “a man ahead of his time” and revealed a quip about her first visit to Balmoral.

She said on the final day, Prince Philip suggested a walk she and her husband, both keen walkers, should take.

“We set off and arrived back several hours later to be told he normally drove it – I don’t know if it was a test and whether we passed it,” she revealed.

Scotland, Northern Ireland and Wales’ leaders paid tribute to the duke earlier in the day, with Nicola Sturgeon describing Prince Philip and the Queen’s relationship as a “true partnership”.

Scotland’s first minister said the duke faced the “challenge” of being married to a “powerful woman” during a period when men usually held positions of authority, yet was “devoted to supporting the Queen”.

Wales’ first minister, Mark Drakeford, told the Senedd his government extends “our sincerest sympathies at the end of an exceptional life lived”.

Arlene Foster, Northern Ireland’s first minister, described the duke as a “true intergenerational legacy to our youth, our United Kingdom and the world’s environment”.

She welcomed the “respectful way” all of Northern Ireland’s parties have responded to the duke’s death.