Jacob Rees-Mogg on elections and the constitution in January

Foreign Secretary Liz Truss and former Chancellor Rishi Sunak are going head-to-head to become Conservative Party leader and British Prime Minister. The winner will become the third Prime Minister appointed without a general election in the past six years.

An exclusive poll for Express.co.uk by Techne UK showed the majority of respondents favour a snap election being called.

Some 42 percent agreed that there should be a general election, while 40 percent disagreed.

Demand was highest among Labour and Lib Dem supporters (57 percent and 64 percent respectively).

Around a third of Conservative voters (35 percent) thought that an election should be called in order for Mr Sunak or Ms Truss to seek a mandate from the public. 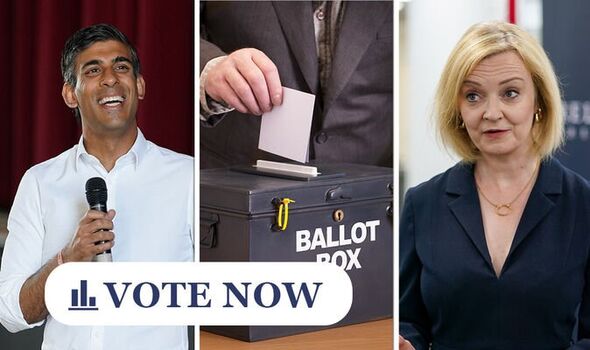 Mr Johnson claimed that the previous election in December 2019 gave him a personal mandate from 14 million people, in addition, to support from the Conservative Party.

A separate survey by Savanta ComRes for the Independent, published on Sunday, July 31, also showed there is an appetite for a snap election.

Results show 56 percent support the proposal that the winner of the Tory leadership race “should call a general election immediately”.

Meanwhile, just over a third disagreed, and 34 percent of Tory voters at the 2019 election believe Mr Johnson’s successor should call a ballot.

Chris Hopkins, associate director at Savanta ComRes, said: “Despite it becoming fairly commonplace in recent years for Prime Ministers to come and go without the backing of the public at an election.

“The view that the next leader of the Conservative Party should call an immediate election and seek a mandate from the British public is held by a majority of the public.”

Earlier this year Jacob Rees-Mogg called for the British constitution to evolve to mean new Prime Ministers need to get a mandate to govern within the first few months of their premiership.

Speaking to Parliament on January 27, Mr Rees-Mogg, Leader of the House at the time, said that if Mr Johnson was removed and replaced there would need to be an election soon after. 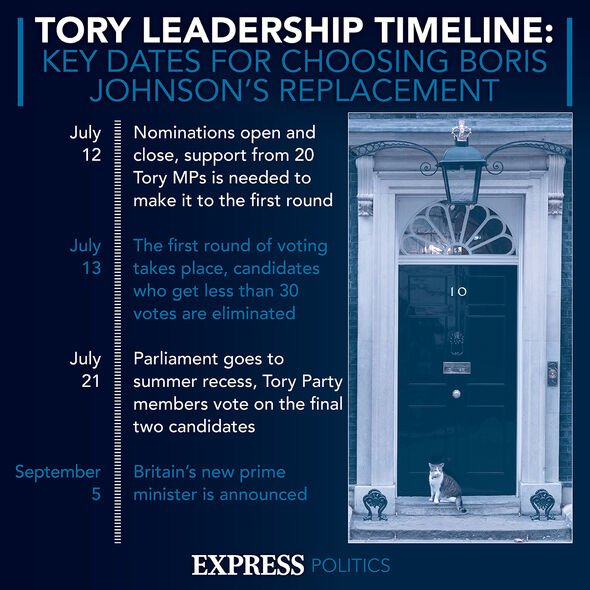 He said: “Our constitution evolves and moves not necessarily by legislation but by the way it develops.

“When we changed Prime Minister in 2016 an election followed in a few months.

“When we change Prime Minister in 2019, once again, an election followed in a few months.”

He added: “I think this is important to an understanding of the constitution because what happens is that norms arise and become accepted without any need for any legislation.”

So what do YOU think? Should the next Prime Minister hold a general election immediately? Vote in our poll and leave your thoughts in the comment section below.