Home Secretary Priti Patel’s Police, Crime, Sentencing and Courts Bill was backed by MPs at its final stage in the Commons by 365 votes to 265. It will now be considered by the House of Lords.

The legislation looks to make a range of sweeping changes to existing legislation including introducing longer sentences for child killers and those who cause death on the road, stricter jail terms for serious violent and sexual offenders, and an expansion of child sex abuse laws.

If it comes into law the Bill will also allow time and noise limits to be imposed on protests.

Those breaching orders facing a fine or even a jail sentence.

It means Mr Bray’s one man anti-Brexit campaign, which has taken place outside Parliament on an almost daily basis for the past five years, could soon be forced to stop. 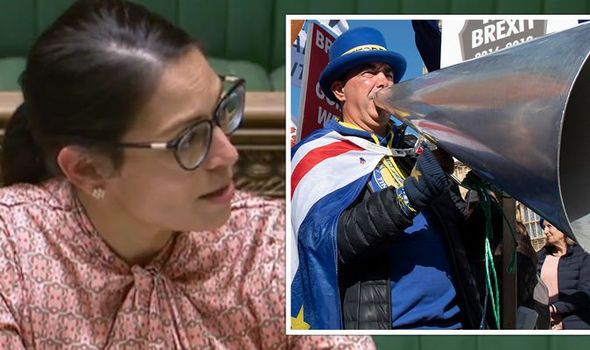 MPs and Parliamentary staff have complained Mr Bray’s loud music and chants through a megaphone have made working in Westminster almost unbearable.

The fierce campaigner was once again today protesting outside the Commons while MPs inside voted on legislation that will likely put a stop to his antics.

Those in the Parliament buildings were treated to the disco song Macarena and popular socialist anthem Solidarity Forever blasting from the campaigner’s speakers this afternoon.

Ahead of today’s vote the Rejoiner and 2019 Liberal Democrat election candidate said the Bill risked undermining the right to free speech.

“Whatever your views are the right to protest is not for a government to take away,” he wrote on social media on Sunday night.

Opposition MPs and some backbench Conservatives said the Bill “went too far”. 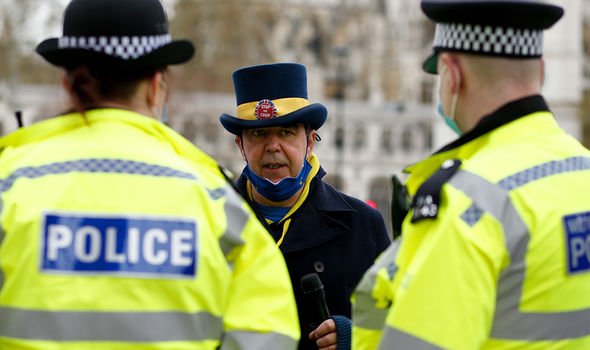 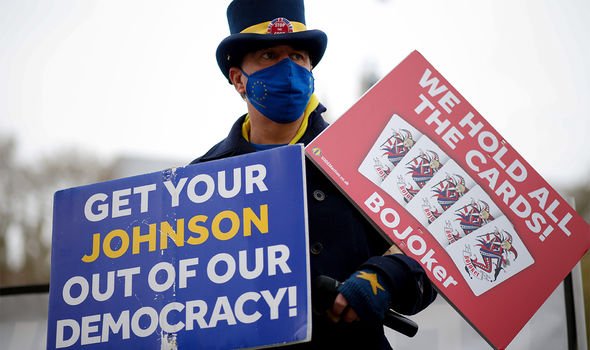 Shadow Home Office minister Sarah Jones said: “The new measures in the Bill target protesters for being too noisy and causing serious unease or serious annoyance.”

Ms Jones added: “The point of protest is to capture attention, protests are noisy, sometimes they are annoying, but they are as fundamental to our democracy as our Parliament.”

Conservative former Cabinet minister David Davis agreed, noting: “It was clearly a breach of the normal reasoning behind a demonstration when somebody glues themselves to a train with the direct intention of inconveniencing everybody else, but demonstrations do lead to inconvenience.” 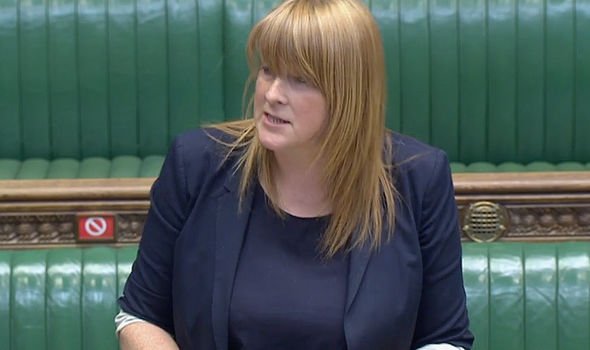 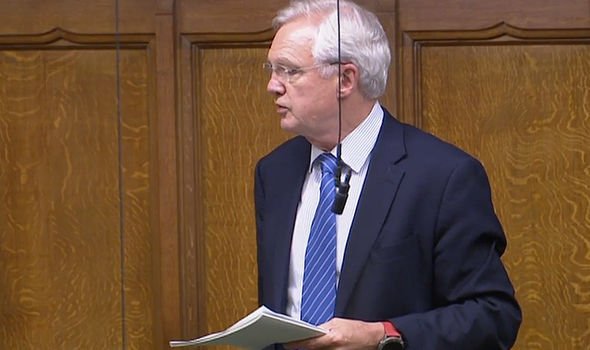 Speaking in the Commons, Home Office minister Victoria Atkins defended the measures and said they would only be used when necessary.

She said: “The Bill does not stop the freedom to demonstrate. It balances that freedom against the rights and liberties of others.”

She added: “It will continue to be the case that the police attach conditions to only a small proportion of protests and just to put this in context, in a three-month period earlier this year the NPCC (National Police Chiefs’ Council) assessed that out of more than 2,500 protests no more than a dozen had conditions attached to them.”

The signatures handed to Government show the “scale of dissent” and “strength” of public feeling against the Police, Crime, Sentencing and Courts Bill, according to campaign groups.

Representatives of 38 Degrees, 350.org, Friends of the Earth, Global Justice Now, Greenpeace, Liberty, SumOfUs and Tipping Point delivered the petition to the Home Secretary, Priti Patel, and Justice Secretary, Robert Buckland, on Monday ahead of the draft legislation being voted on.

An amendment that attempted to strip curbs on protests out of the Bill was easily defeated earlier today.

The Liberal Democrats provision, supported by several Labour backbenchers, was rejected by 354 votes to 273 – majority 81.