Suella Braverman: Only route to the UK is a safe and legal route 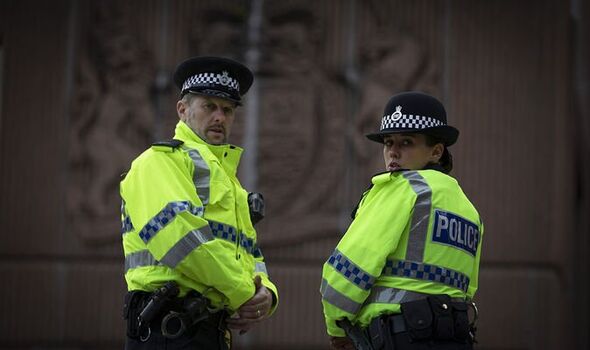 And Ms Braverman said she wants officers to focus on “catching criminals, not filling in forms, telling people what to say on Twitter, or looking into so-called ‘non-crime hate incidents’.” She said anything that distracts officers from focusing on keeping people safe “or undermines that cause” is unwelcome.

The Home Secretary said that when police put political correctness first over keeping people safe, it can lead to national scandals such as the sexual exploitation of children in Telford, with police and social services unwilling to act “because of nervousness about race”.

The minister will order a crackdown on car theft, drugs, vandalism, anti-social behaviour and new league tables will be published so that the public can keep track of how safe their neighbourhoods are.

She told the Daily Express: “Policing is a very demanding job, but it has a simple mission: keeping people safe. Anything that distracts from or undermines that cause is unwelcome.”

And Ms Braverman wants all forces to radically improve rape investigations by centring their probes on suspects. Justice sources have previously told the Daily Express that investigators were too focused on assessing the credibility of victims. They said this should be reversed. 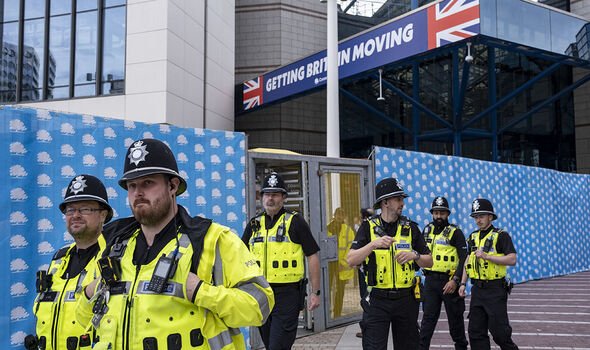 Ms Braverman said every police force should take up Operation Soteria – a new approach to investigating rape that focuses on the suspects. It involves academics working with police forces to examine their handling of rape cases and make recommendations for operational changes.

The programme is currently being trialled in 14 force areas. Yesterday police chiefs in England and Wales pledged to send an officer to every single burgled home. The National Police Chiefs’ Council said forces will prioritise attendance where people’s homes have been burgled, rather than outbuildings and garden sheds.

Ms Braverman has set the target of reducing murders, violence and neighbourhood crime by 20 percent.

Speaking about the introduction of league tables, The Home Secretary said: “Policing is a public service, so it must be accountable to the public. People have a right to know and greater transparency will drive up standards.”

The NPCC said an evidence review from the College of Policing, which is responsible for setting the standards for policing, had shown how swift attendance of officers at scenes of crime can increase victim satisfaction and aid investigations.

The number of criminals being prosecuted has more than halved and the number found guilty is even lower – just 7,887 burglars were convicted last year.

College of Policing chief Andy Marsh said suffering a burglary can “steal a person’s sense of security from the place where they should feel safest”.

He added: “Officers want to be locking up criminals and keeping communities safe. Our standards will help deliver what the public expects.”

All of us depend on the police. And the best among them do an incredible job. They show immense courage and exceptional ability. They have a strong sense of public duty. Policing is a very demanding job but it has a simple mission: keeping people safe. Safe in their homes, safe on public transport, safe online and safe on the street. Anything that distracts from or undermines that cause is unwelcome. 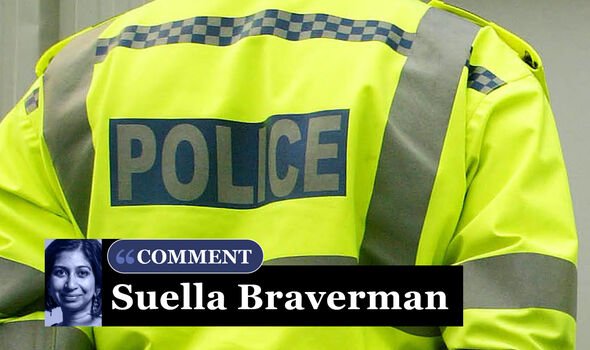 I want to see homicide, serious violence and neighbourhood crime fall by at least 20 percent.

Residential burglary is a terrible crime, a violation. While rates for this are lower than five years ago, victims are not always visited by the police. That is wrong.

So I welcome the fact police chiefs have heard my calls, and the calls of the general public and Express readers, and promised to change that.

Police must place the victim first and where they do they have my support.

This Government has given policing record funding, as well as a major investment for councils in CCTV, street lighting and other measures to make neighbourhoods safer.

We are on the way to an additional 20,000 police officers. I want them to focus on catching criminals, not filling in forms, telling people what to say on Twitter or looking into “non-crime hate incidents”. More PCs, less PC.

It led to the grooming gangs scandal, which is both a tragedy and a national disgrace.

That means cracking down on drugs, car theft, vandalism as well as anti-social behaviour.

There needs to be a radical improvement in how the police support rape victims.

I want all our forces to take up Operation Soteria and its drive to see rapists face justice.

Policing is a public service, so it must be accountable to the public. That’s why it’s right to publish league tables showing how well every force is doing. People have a right to know and greater transparency will drive up standards.

The good news is that the solution is staring us in the face: a return to old-fashioned, common-sense policing. That’s what the law-abiding majority wants.

The promise this week from all 43 police forces to send an officer to investigate every home burglary shows we’re already taking steps in the right direction.

The Rt Hon Suella Braverman is Secretary of State for the Home Department.