Andrew Marr jokes that Keir Starmer is 'hiding in a fridge'

Andrew Marr discussed the Government wanting to raise the cap on bonuses for rich bankers and compared it to rail workers demanding a 7 percent increase in their wages. There have been calls from Britons around the country for Mr Prime Minister Boris Johnson to do more to stop unions from causing chaos in important sectors, like transport services in the future. Mr Marr jokingly claimed Sir Keir Starmer was hiding in “Boris Johnson’s fridge”, citing an incident where the Prime Minister appeared to hide in a fridge to avoid questioning, to avoid questions on ongoing industrial action.

“Well I turn as ever because I’m a trusting fellow to get the official view, so are Boris Johnson’s ministers blaming the strikers, oddly, hardly at all.

“Well, perhaps this is because the rail unions asking for a pay increase well below inflation, on a day when the Government says it wants to raise the cap on bonuses for the richest city bankers.

“And indeed on the day after the night before when Tory donors paid many thousands of pounds a head to attend the glamourous fundraiser, where the night’s main prize was dinner with Boris Johnson, Theresa May, and David Cameron.

“Bought for £120,000, arsenic martinis and plastic cutlery only I guess, anyway for whatever reason there has been very little from the Government about the greedy railway workers, obviously although they’re in charge of the rail system they weren’t blaming themselves. 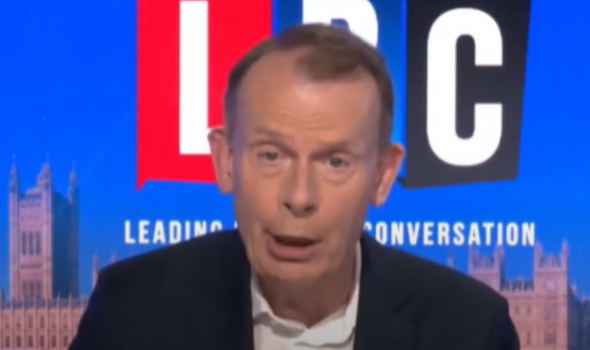 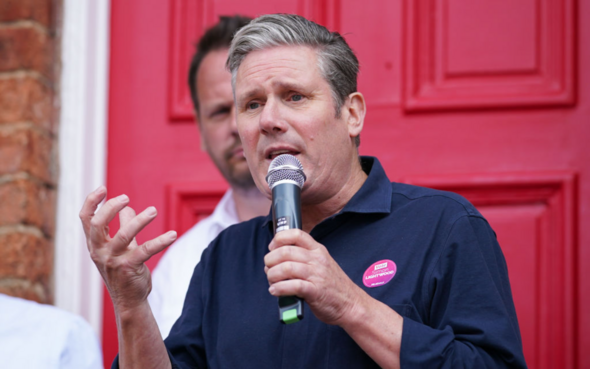 Mr Marr added: “No, the strike is the fault of Labour, it is Labour’s strike, Tory MP Chris Clarkson has been tagging stories about rail misery with the line cheers Keir.

“His colleague Mark Jenkinson said the strikes were a vision of Labours Britain, well frankly I have to say I agree, I have had it up to here with this Labour Government, Keir Starmer in Number 10 has been a thorough disappointment.

“What’s he done there? Absolutely nothing! No parties, no job offers for his secret girlfriend Fifi Hotcakes Trixi-Belle.

“No leaning on editors to pull stories from the newspapers, it’s a disgrace I tell you! An utter disgrace, I tried to get an explanation from Starmer but instead of publically defending himself he’s gone into hiding, perhaps it’s because so many of his colleagues after getting his letter telling them not to go on picket lines…

“Have indeed gone on picket lines, Anas Sarwar the Scottish Labour leader has been seen near a bull horn, Angela Rayner has been found charging around with a bullwhip.

Mr Johnson has been criticised for his involvement in Downing Street Partygate scandals after two separate independent investigations into his wild rule-breaking behaviour during the lockdowns of 2020 were published.

The RMT union has been backed by some Britons and some Labour politicians have come out in full support of their demands.

Mr Johnson vowed to tackle rail strikes by allowing the use of agency workers. 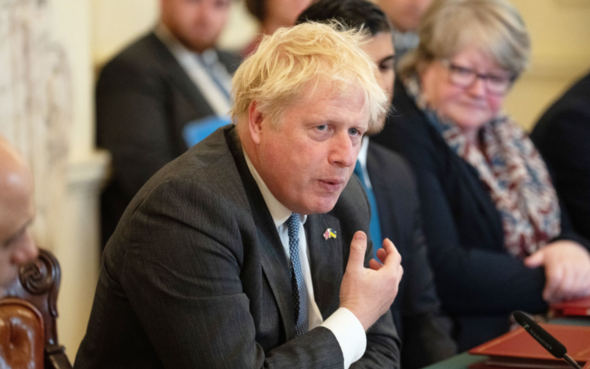 But Mr Johnson has not taken announced any concrete plan of action to tackle the ongoing transport disruptions taking place across the country.

Deputy leader of the Labour Party, Angela Rayner slammed Mr Johnson on Twitter, writing: “Workers have been left with no choice. No one takes strike action lightly.

“I will always defend their absolute right to do so for fairness at work. The PM needs to do his own job. His Government caused this. Now they must solve it.”

Slamming the Tory Secretary of Transport, Grant Shapps, she added: “Grant Shapps is a useless Transport Secretary. Asleep at the wheel.”