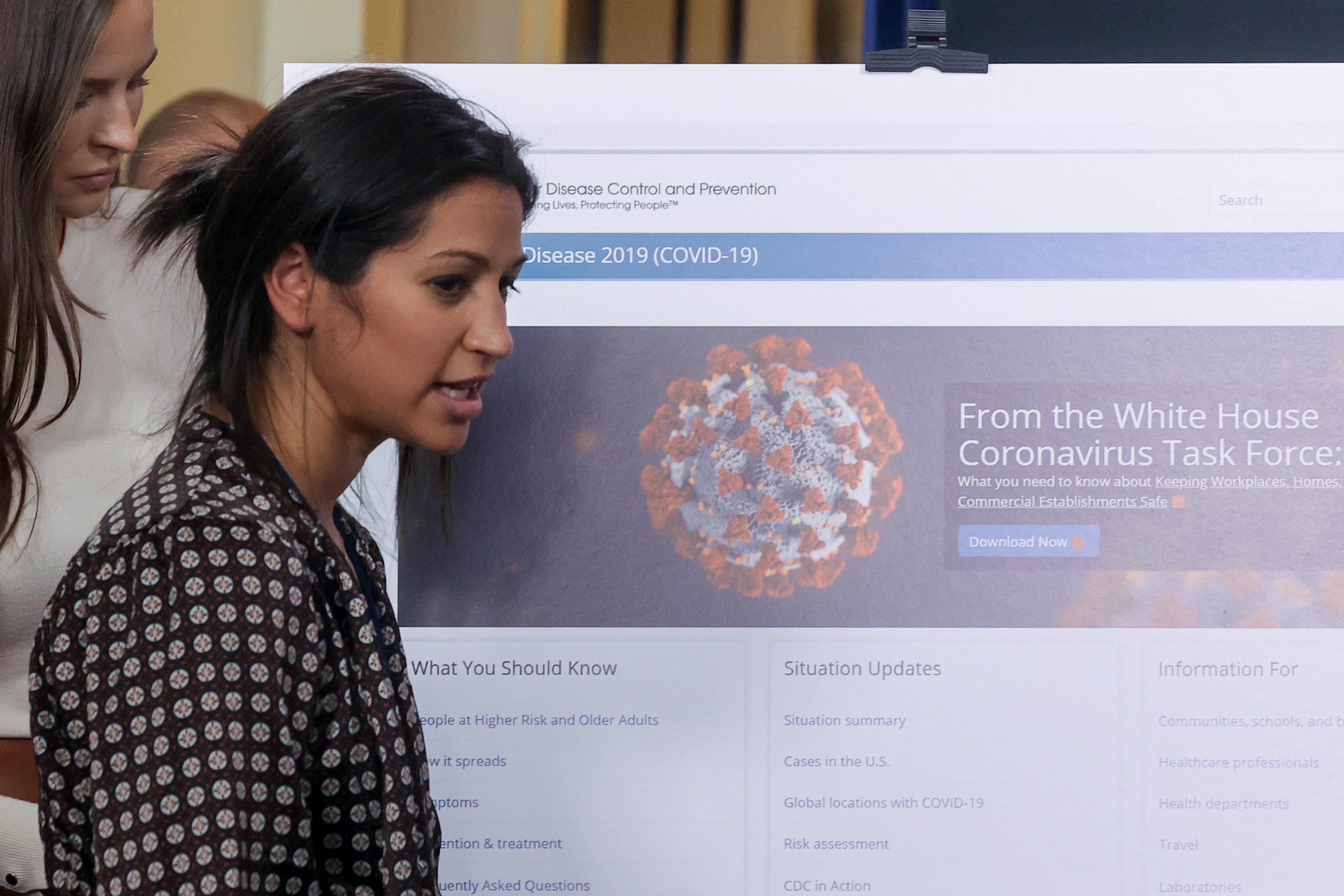 Miller, who is married to Trump’s hawkish immigration adviser and speech writer Stephen Miller, said she had returned after receiving three negative tests for the disease caused by the novel coronavirus.

“Thank you to all my amazing doctors and everyone who reached out with support. I couldn’t have done it without my amazing husband who took great care of his pregnant wife,” she said in a post on Twitter.

Miller contracted the virus in early May, raising alarm about the spread of the virus among Trump’s and Pence’s inner circle shortly after the president’s valet had also tested positive.

Previously, despite admonitions to Americans to wear masks and follow social distancing guidelines, many administration officials were not doing so themselves at least at the White House, where testing has been taking place regularly.

McEnany said Stephen Miller was also back at work after having self-quarantined. She said she did not know whether the military valet had returned and said she had no updates on whether anyone else on the staff had tested positive.

Trump, 73, is in an age group considered especially vulnerable to the virus. He has declined to wear a mask in public and has stepped up his travel schedule in recent weeks as he seeks to get the country’s economy reignited from its pandemic-related shutdown.