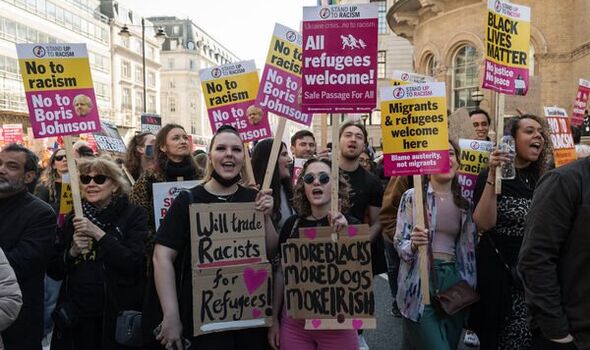 Some 32,200 people have applied to come to the UK under the Homes for Ukraine scheme but just 4,700 have been issued visas. Downing Street said another 32,800 Ukrainian have applied to join family members under a separate system and 24,400 have been given permission. But No 10 was unable to say how many refugees have so far arrived in the country.

The Prime Minister’s spokesman said the government was “working to streamline the process” and pointed out the process “has been stood up from scratch in a matter of weeks”.

Numbers are expected to “increase substantially” in the coming weeks.

Welsh Secretary Simon Hart said he understands the “frustration” that more refugees have not yet reached the UK and “in fairness, the Home Office, it does as well”.

He said:: “I think the idea that there’s a degree of complacency is unfair.

“Now, that’s not to say we couldn’t go further and faster, and I’m convinced of that as well.”

He added: “There’s never going to be a moment where we say this is all going really well, you know, let’s take the weekend off. That is just not going… that is not the mindset of the Home Office.”