Boris Johnson unleashed a scathing attack on the SNP and their demands for another independence referendum during a heated exchange in the House of Commons. Mr Johnson told Prime Minister’s Questions that Ian Blackford’s party must wean themselves off their addiction to promoting Scottish independence.

The Prime Minister said: “I think what the people in Scotland need and deserve is a Government that tackles the problems of education in Scotland, that addresses itself to fighting crime and drug addiction in Scotland.

“And a Government in Scotland that weans itself off its addiction to constitutional change.

Mr Blackford, who is the SNP’s Westminster leader, has repeatedly called for the UK Government to grant another Scottish independence referendum. 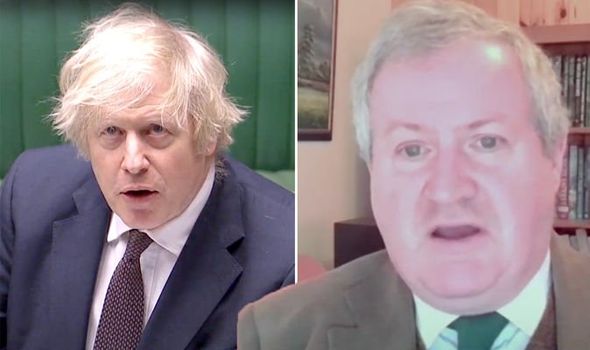 However, Boris Johnson has ruled out granting another referendum on independence, so soon after the original “once in a generation” vote.

In 2014 Scotland voted to remain part of the United Kingdom with a majority of 55 percent.