Brexit: Details of deal set to be announced on Christmas Eve

The final details of a trade deal are being negotiated right now as Lord David Frost and Michel Barnier go over the final details of the pact. For months now the issue of fishing has plagued talks with neither side willing to give ground on the issue.

But yesterday a breakthrough appeared to have been made, with a trade deal set to be announced in the coming hours.

Express.co.uk understands the compromise on the issue will see Brussels hand back 25 percent of the value of fish it catches in UK waters over a five and a half year transition period.

A No10 insider has heralded the outcome as a victory for Britain.

They told Politico: “Even before the end of the transition period we will take back control of 130,000 tonnes a year, enough to stretch to the South Pole and back. 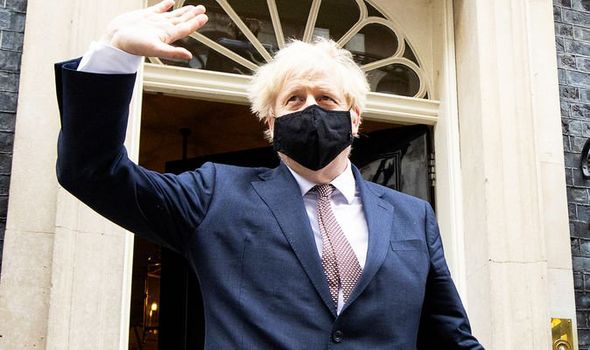 “After that we can fish and eat every damn fish in our waters.”

Final negotiations on fishing quotas for exact species of fish are still ongoing as Lord Frost and Mr Barnier look to seal the deal this afternoon.

Prime Minister Boris Johnson and European Commission President Ursula von der Leyen are expected to hold a phone call to sign off on the deal once agreed.

Irish Foreign Minister Simon Coveney told RTE radio “there is some sort of last-minute hitch” related to “small text” of the fisheries agreement holding up the announcement.

He added a deal was still set to be announced today, adding: “Certainly the momentum and the expectation is that we will get a Christmas Eve Brexit deal and I can tell you that will be an enormous relief.”

Mr Johnson and his European counterpart have spoken on the phone on at least four occasions in the past 245 hours to clinch a deal at the last possible moment.

The EU transition period – after which point the UK is freed from following Brussels’ rules – ends on December 31, with whatever deal has been negotiated between the two sides due to come into effect from January 1 next year.