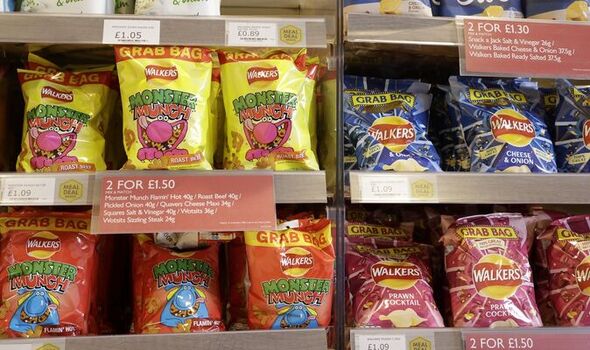 A Downing Street source has confirmed that Boris Johnson “has not yet made up his mind” on whether to proceed with the plan amid fears that it will make life even harder for lower income families during the cost of living crisis. The clampdown on so-called BOGOFs was meant to be part of a major part of the strategy to tackle obesity.

THE Prime Minister is reconsidering “nanny state” health plans to ban “buy one get one free” (BOGOF) purchases in food stores.

It would mean that deals on items like pizzas, fizzy drinks, chocolate bars and crisps with high sugar, salt or fat content would have been banned.

But critics described it as a “nanny state” proposal which would hurt the least well off and argued people should be allowed to make their own judgements.

Business Secretary Kwasi Kwarteng is now reviewing it for the Prime Minister.

The policy had been particularly unpopular with Tory MPs in former Labour red wall sweats.

A campaign led by the Blue Collar Conservative Movement, which helped win the red wall seats, founded by former minister Esther McVey and Shipley MP Philip Davies had pushed for a rethink.

Ms McVey said: “Blue Collar Conservatives have been campaigning for the government to abandon its policy of banning special offers on products that the government deem unhealthy. Stopping ‘buy one get one free’ in a cost of living crisis is nonsensical.

“Such socialist nanny state policies need abandoning completely, but a delay would certainly be better than ploughing on regardless, and if true we should be grateful for small mercies”