Mr Farage was speaking after widespread reports suggested UK chief negotiator Lord David Frost was preparing to sign the UK up for a deal which would cut demands for a 60 percent reduction in the catch by value in British waters to 35 percent – much nearer to the 25 percent proposed by the EU. The issue is highly controversial, and would breach the red lines insisted upon by many Brexiteers including the Brexit Party leader himself. 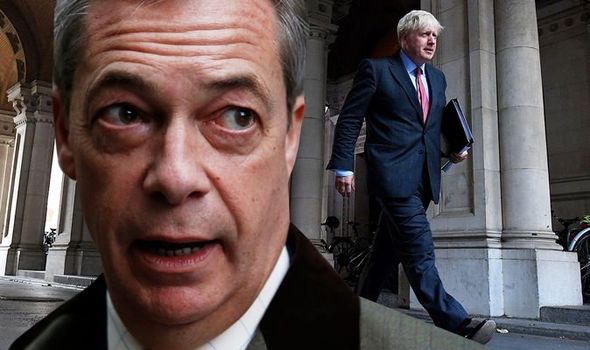 Mr Farage told Express.co.uk:  “I have always said said that fishing would be the acid test of Brexit.

He was highly critical after the Prime Minister and Ursula von der Leyen, President of the European Commission, issued a statement in which they pledged to continue working towards a deal.

The former UKIP leader tweeted: “Following yet another phone call between Boris Johnson and Ursula von der Leyen, she repeats both sides are working on a “Partnership Agreement”.

“We voted to leave, we didn’t vote for a new EU treaty @BorisJohnson.”

Earlier this week, he suggested EU negotiator Michel Barnier’s demands for the EU to retain access to UK waters after Brexit should have triggered a decision to walk away from the negotiating table.

He tweeted: “This should be the deal breaker.

“After years of being allowed to take advantage of our fish stocks, Barnier now threatens us.”