But a major flaw emerged in the plans after SNP ministers admitted there is currently nothing to stop travellers evading rules by flying into English airports. Transport Secretary Michael confirmed yesterday that all arrivals from outside the UK and Ireland, with very limited exceptions, will have to quarantine under state supervision in hotels from next week. The system goes significantly further than the UK UK Government’s under which only those arriving from 33 “red list” countries into England will have to isolate for 10 nights in hotels.

Six hotels near Edinburgh, Glasgow and Aberdeen airports – with a total capacity of 1,300 – have been block-booked.

Travellers arriving into Scotland will be forced to pay £1,750 for the compulsory stay.

Extra charges will be slapped on other family members – making foreign breaks too expensive for thousands.

However Mr Matheson admitted that there was currently no system in place to stop people getting around the requirement to self-isolate by flying into an English airport from a country not on the red list and then travelling north by road or rail.

Although such a journey would be illegal, there are only very limited checks in place.

He said SNP ministers were attempting to persuade UK counterparts to put in place a system for identifying Scottish residents and forcing them to self-isolate in hotels in England, but admitted that this had not yet been agreed. 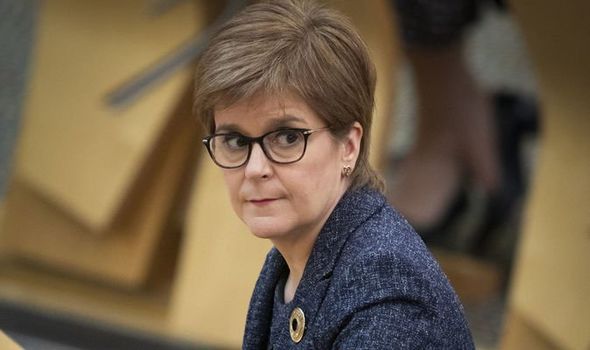 Should the UK Government refuse to agree to the system, the SNP has not ruled out imposing border checkpoints to impose a “ring of steel” around Scotland.

Scottish Labour’s transport spokesman Colin Smyth said the loophole over travel restrictions showed that the plans had not been properly thought out.

He said: “The Cabinet Secretary’s confirmation that there had been no agreement with the UK government on the logistics of this aspect of the isolation regime demonstrates that this SNP government needs to get a grip.

“Ministers appear to have learned nothing from a year of putting protections in place only when the damage is done. It’s time for the Scottish Government to get round the table with their UK counterparts and sort this out.”

Passengers arriving in the UK do have to complete a passenger locator form, although a traveller determined to evade rules could write down a fake address.

Asked about the issue around the English border, Mr Matheson said: “This system would work better if we had a comprehensive system right across the whole of the UK. 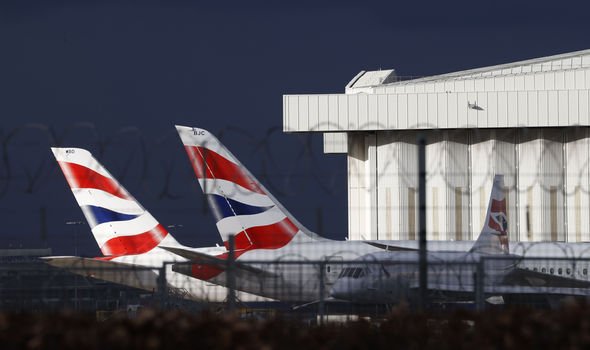 “That would reduce the risk of anyone seeking to circumvent any arrangements we put in place here in Scotland. But if we are not able to get that, we are asking the UK Government to work with us to identify those who are coming into English airports, travelling on to Scotland, that they are assigned to a quarantine hotel in England, in line with Scottish Government policy.

“We don’t have agreement with the UK Government on that matter as yet, but we will continue to pursue that with them.”

Nicola Sturgeon believes that a stricter isolation regime is needed to prevent the import of new cases of coronavirus, as well as potentially dangerous new variants.

Evidence suggests Covid-19 was “reseeded” from abroad after cases fell to low levels last summer, and she has said she is determined not to allow this to happen again.

The First Minister has said she is determined not to allow this to happen again. 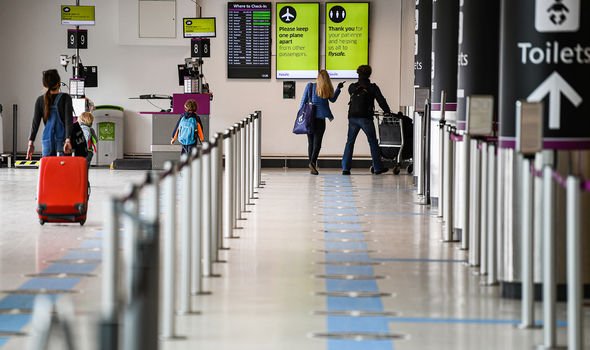 However, the UK Government has insisted a blanket system across the four nations would be impractical.

Asked about the possibility of increased road border checks yesterday, Ms Sturgeon said: “We will always look at whether we need to do more… clearly there is an issue where someone’s final destination might be Scotland, but they come into a port somewhere else in the UK.

“We continue to discuss with the UK Government how we can work together to make sure [we have] a system that gives as much protection to Scotland as possible.”

All travellers in hotels will be tested twice for the virus – once on day two and once on day eight after arrival.

Elite sportspeople are among those exempted from the rules, but there will be increased restrictions on overseas training camps.

A small number of arrivals will not be required to isolate, such as those involved in essential supply chains for goods coming into Scotland.

Mr Matheson disclosed that in the last week of January there were approximately 1,600 people who arrived in Scotland from overseas – but that this fell to 730 in the first week of February.

The UK Government has said it will bring in fines of up to £10,000 and up to 10-year jail sentences for those who break travel rules by lying on passenger locator forms about visiting a “red list” country.

The Scottish Government, which has generally imposed more lenient sanctions than the UK Government, is still considering which new offences and penalties to bring in.

It remains still the case that all non-essential international travel is not permitted.

Ms Sturgeon has also hinted the rules will remain in place for several months, meaning an effective ban on overseas summer holidays for Scots. 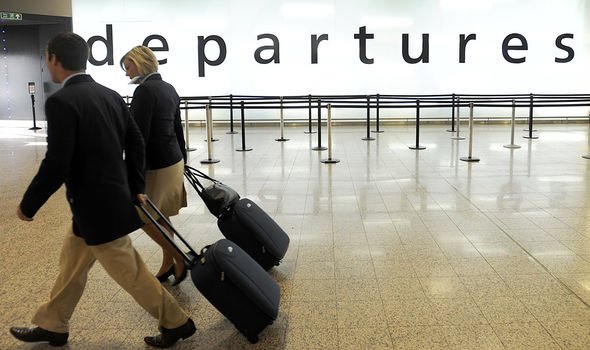 “What is stopping people bypassing Scotland’s stricter quarantine rules by flying into England, Wales or Northern Ireland and then entering Scotland?” he said

“I would also urge the government to explain how these restrictions will be enforced and what happens if travellers are unable to meet the significant cost of quarantine.”

A total of 58 deaths in Scotland have been recorded in the past 24 hours, along with 822 new cases.