George Galloway says ‘nationalists will eat each other’

Minority parties like Mr Galloway’s Alliance For Unity and Alex Salmond’s Alba Party could spring a surprise in this year’s Scottish election. Polling shows Mr Galloway could enter the Scottish Parliament with his pro-union Alliance for Unity group expected to take a single seat.

A Panelbase poll for the Sunday Times also reveals Alex Salmond’s new Alba Party would win six seats – crucial gains with the SNP’s dreams of a majority Government on a knife-edge.

It is the second opinion poll to include Alba since the party was launched by the former first minister to contest the regional list seats.

But the SNP could win a narrow outright majority with 65 seats, with the Scottish Greens forecast to take eight seats.

Polling put the Scottish Conservatives on 24 seats, Scottish Labour on 20 and the Liberal Democrats on five. 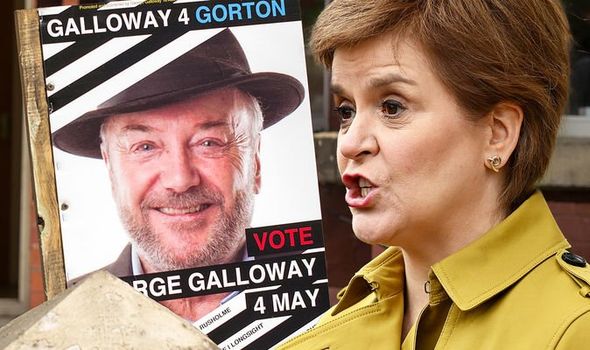 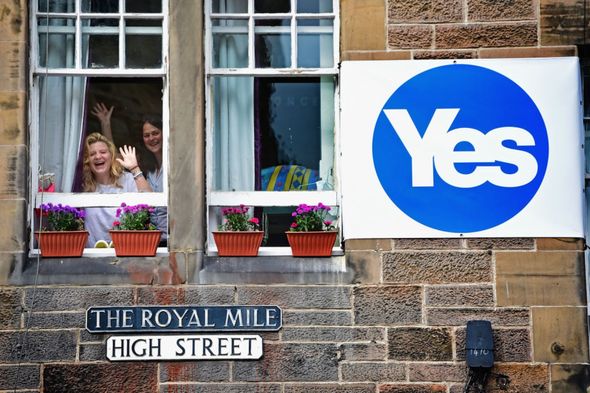 In the constituency vote, the SNP are on 49 percent, with the Tories on 22 percent, Labour on 20 percent and the Lib Dems on 6 percent.

For the regional list vote, the SNP was on 39 percent, with the Conservatives on 21 percent, Labour on 17 percent, and the Greens on 8 percent and the Lib Dems on 5 percent.

The poll had Alba on 6 percent for the regional list vote, with All for Unity on 4 percent.

The poll also shows a majority support for independence – with 51 percent of Scots saying they would vote Yes in a referendum. 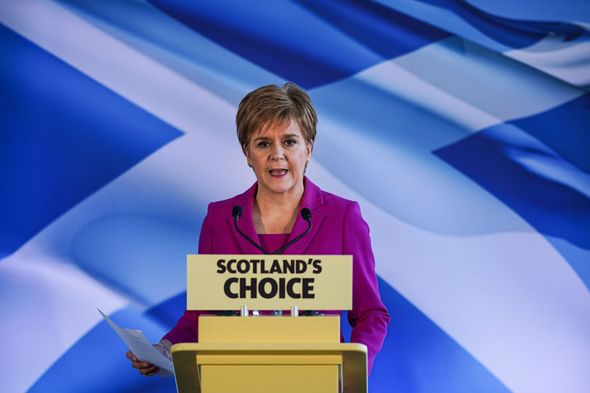 Setting out his strategy, Mr Galloway said: “It’s clear that the nationalists – who let us not forget have been in power for 13 years – know how to play the system.

“Through the Alba Party, there’s a real risk of an Independence supermajority IF, and only if, pro-Union voters don’t wise up.

“We need to play the nats at their own game.

“Only by voting for the best-placed pro-Union candidate on the purple ballot paper, and All for Unity on the orange ballot paper can we super-lock Scotland’s place in the union. 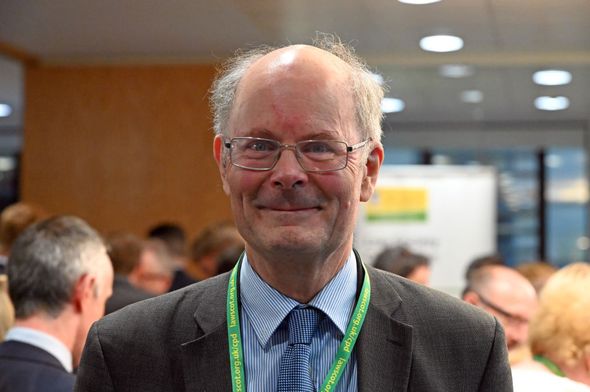 “Failure to do so could mean the end of the union as we know it.

“This is do or die – the other parties must face up to this new political reality or face the consequences.”

John Curtice, Professor of Politics at Strathclyde University said Panelbase’s results were “good news” for the Alba Party, though a drop of just 2 percent in support would mean their tally would fall to one MSP.

The Scottish polling expert said: “Alba may be on the cusp of recording a creditable performance and coming away largely empty-handed. 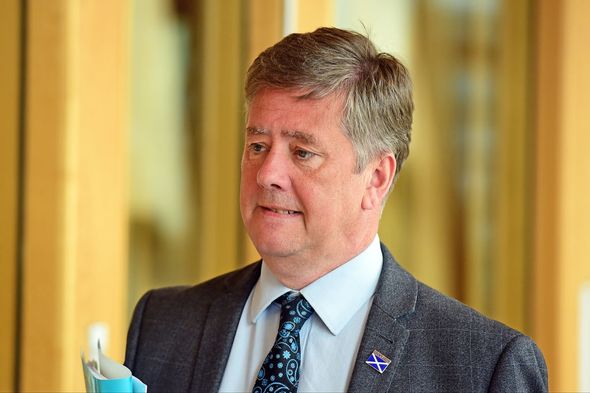 “Although most of the seats the party could win with a 6 percent tally look as though they would be secured at the expense of the unionist parties, our projection suggests that a couple might otherwise have been won by the SNP or the Greens.

“Even with an estimated 49 percent of the constituency vote, that is not a possibility the SNP will regard with equanimity.

“Such a result in the constituencies could still leave the party a seat short of an overall majority and reliant on winning a vital list seat to achieve what has come to be regarded as a crucial target.”

Professor Curtice warned about Nicola Sturgeon’s call for “both votes SNP” claiming 9 percent of those who back the SNP in the constituency vote indicated they would vote Alba on the list and as many as 10 percent would opt for the Scottish Greens on the list.

Alex Salmond: John Curtice predicts what could happen to SNP

He continued: “Alba is appealing to a section of the nationalist movement that wants a rapid timetable for indyref2 and which still admires Salmond.

“As many as 70 percent of Alba supporters want a referendum within 12 months compared with 48 percent of SNP list voters and 35 percent of Green voters.

“While 93 percent of those who back Alba believe that Salmond is ‘a fit person to stand for election’, only 13 percent of SNP supporters and 15 percent of Green voters take the same view.

“Salmond’s personality has enabled him to create a new party out of nothing.

“However, it may now also constrain what the party can hope to achieve.”

But SNP depute leader Keith Brown said: “This is the most important election in Scotland’s history – every single vote will count, and this poll shows that giving anything less than both votes to the SNP means gambling with Scotland’s future.

“These serious times require serious leadership, and people across the country can put their trust in the experience of Nicola Sturgeon as we move through the pandemic and towards a strong, secure recovery.”

Panelbase surveyed 1,009 adults in Scotland between March 30 and April 1.