Nicola Sturgeon was grilled on BBC Radio 4’s Today programme on the comparison between the number of coronavirus deaths in Scotland and those in the rest of the UK. The First Minister accused the BBC of using figures from only a fraction of the pandemic period to make its point Scotland has suffered the worst death toll in the UK. She said: “I was challenged yesterday and have been again this morning about comparative numbers of deaths between Scotland and England, Wales and Northern Ireland.

“The BBC has used some figures were they’re pulling a few weeks out of a nine months pandemic.”

But BBC host Martha Kearney promptly hit back at the SNP leader as she asked whether the First Minister accepted she bore responsibility for the health of Scottish people after many years in power.

Ms Kearney blasted: “Well, let’s not swap statistics because it’s the overall picture that is the important one.

“And the expert that I spoke to earlier said that part of the problem in Scotland is because of poor underlying health conditions. 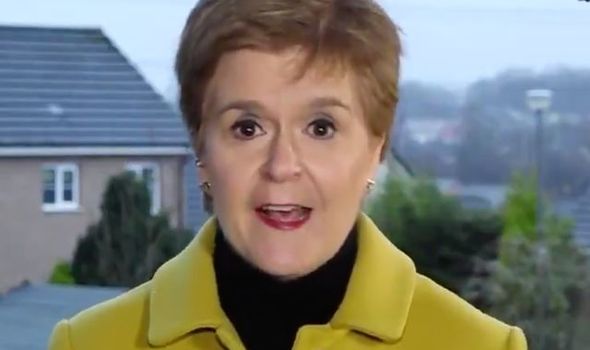 “As someone who has been in power in Scotland for some time now, don’t you bear some responsibility for that?

“If you look at the life expectancy of men from the east end of Glasgow, it’s appalling. Isn’t it?”

The First Minister nervously laughed as she admitted: “Do I bear responsibility for all sorts of things in Scotland?

“Of course I do. But the point your expert was making is a fair one.

“We have different demographics in Scotland, we have an older population and there are health inequalities that go back generations before the SNP was in office.”