But Ms Sturgeon declined to appear with the SNP sending party deputy, Keith Brown, in her place. Opposition sources said they had been told to expect an all leaders show, and that the First Minister had initially agreed to take part then pulled out. On April 12, a member of the BBC Question Time team emailed a party press office saying they were “inviting Scottish Party leaders to take part in the show”, including the SNP. The Tories said Ms Sturgeon was trying to “weasel” out of Question Time by sending in her “lackey”.

However, the SNP denied that Ms Sturgeon had ever agreed to participate.

She has so far taken part in two TV debates ahead of the May 6 poll.

In the first on March 30 she appeared flustered when challenged by members of the public over her plan to stage a divisive independence referendum in the middle of a pandemic.

Ms Sturgeon also came under fire during last week’s STV leaders’ debate with her admission she had “taken her eye off the ball” on the drugs death crisis.

She said: “The SNP are at it with their pathetic excuses.

“As early as March 8, BBC bosses were telling the Scottish Conservatives they wanted all five party leaders. 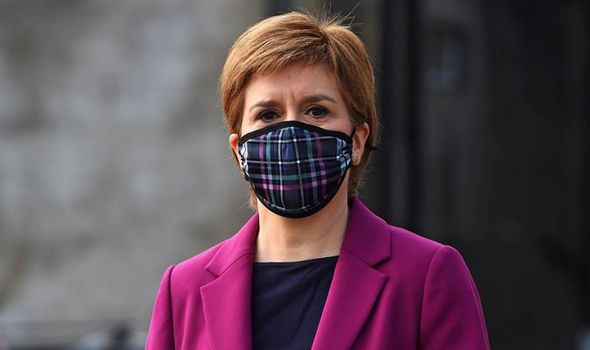 “Question Time clearly asked for Nicola Sturgeon and they’ve been forced to accept her lackey instead.

“Trying to weasel their way out of this is an embarrassment.

“The SNP should own this – they are afraid of scrutiny and Nicola Sturgeon is scared of facing direct challenges from voters.”

Scottish Lib Dem campaign chairman Alistair Carmichael MP said: “After a shaky campaign where she has been repeatedly taken to task for her failings on education, care homes and social care, Nicola Sturgeon has now gone AWOL.

“This was pitched to us in the Liberal Democrats as an event for party leaders.

“Despite what SNP spin doctors might say, it is obvious that they are trying to protect Nicola Sturgeon’s reputation from further damage caused by SNP failures.”

A Scottish Labour source added: “Nicola Sturgeon is treating this election like a coronation tour – hiding from scrutiny from the press and the public. 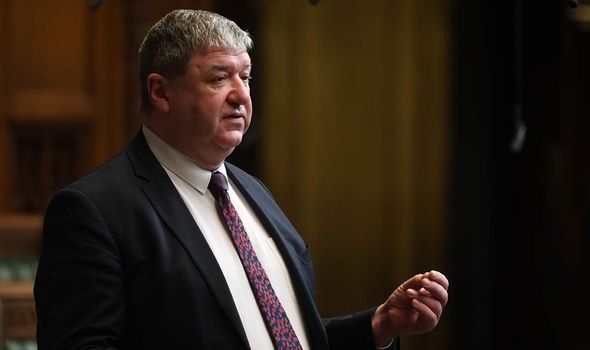 “People deserve the right to question their leaders and running scared just confirms the woeful state of the SNP’s record. Scotland deserves better.”

Labour will be represented on the programme by Anas Sarwar, the Tories by Douglas Ross, the Liberal Democrats by Willie Rennie and the Greens by co-leader Lorna Slater.

Ms Sturgeon last appeared in a BBC Question Time leaders special in the 2019 general election campaign, when she was not a candidate.

A SNP spokesman said Ms Sturgeon had been “scrutinised by the media nearly every day over the last year” and would spend the evening taking part in a phone-in with members of the public.

He said: “There has never been any suggestion that the First Minister would be taking part in this debate. The BBC did not include Question Time in their requests for leader participation.

“The SNP was asked for an SNP representative and the SNP’s deputy leader will be appearing. It is for other parties who they chose to put forward to represent their parties.”