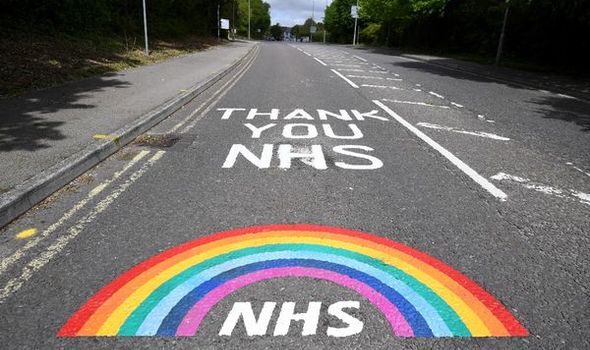 The public are also prepared to pay more taxes to support this – and want a “Remembrance Day” to commemorate everyone who has perished during the pandemic.

The poll, which sheds light on how Britons are coping with the lockdown, found that 78 per cent want doctors, nurses, carers and other health staff to get a raise.

Seven out of 10 people (71 percent) said they would be willing to pay more in tax to fund this. The findings, by Redfield & Wilton Strategies, come as an encouragement to workers on the frontline.

Donna Kinnair, chief executive and general secretary of the Royal College of Nursing, said: “All our health and care staff will be heartened to hear that there is such a huge amount of support from the public for their pay to be increased.

“Nursing staff have always gone above and beyond in the care of their patients.When this is all over, we are sure ministers will listen to the views of the public and pay nurses what they deserve.”

Meanwhile, two-thirds of Britons want an annual day to commemorate the victims of Covid-19. 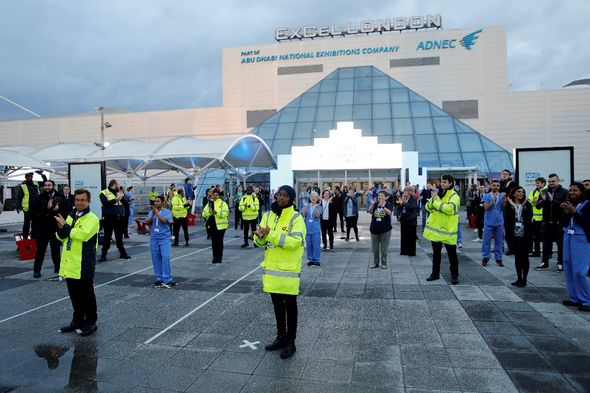 When asked what they missed the most during lockdown, seeing family came first (69 percent), ahead of seeing friends (62 percent), shopping (49 percent), and travelling to other parts of the UK (46 percent).

There was also support for football leagues in England and Wales abandoning this season, with nearly half of respondents (47 percent) saying it should be “completely voided in all competitions, and the next season begin as close to on schedule as possible”.

However, almost a third (32 percent) of people want the results of this season set by the standings on the last completed match day.

Of the Government’s handling of the crisis, six in 10 people (59 percent) were “moderately” or “somewhat confident” it had a plan to tackle the outbreak, with nearly two in 10 (17 percent) “highly confident”. Forty-three per cent thought the PM’s return made it “more likely” the Government would deal with the pandemic successfully, with only 14 percent saying “less likely”.

But there was nervousness about relaxing the lockdown, with more than six in 10 people (62 percent) being “worried that if the current measures are relaxed at all, it will do worse damage to the UK’s economy and overall health”.

There is also significant confidence in the scientific advice the Government uses as the basis for its decisions. More than one in five people (22 percent) were highly confident, 67 percent were moderately or somewhat confident, and just 12 percent were not at all confident about it.

However, just one in three people (34 percent) were optimistic the economy could quickly recover when the lockdown ends. Nearly half (48 percent) were not.

The poll also confirmed that the World Health Organization (WHO) has taken a hammering as a result of the crisis.

Six out of 10 Britons (57 percent) said the pandemic had “highlighted the failings” of the WHO and shown “why it needs to be replaced with something else”.