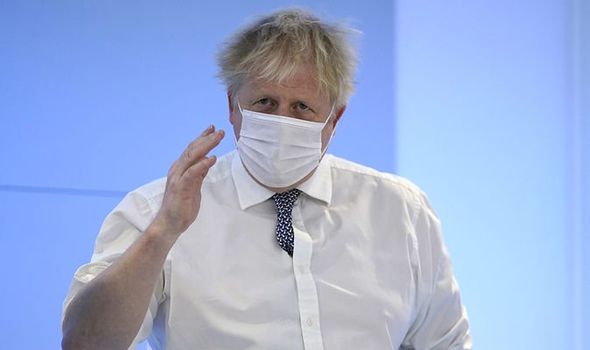 However, Boris Johnson again refused to confirm it will be introduced in April as planned. Mr Johnson is under intense pressure from Tory MPs to ditch the 1.25 percent rise. Yesterday, he insisted “every penny” raised from the increase, which is expected to claw in £12billion a year, will be spent on cutting waiting lists and improving social care.

He said: “It’s so important that we raise the funding to cope with the Covid backlogs, the damage that Covid has done…particularly to our NHS.”

The tax hike will come into force in April at the same time as the cap on energy bills rises and inflation is expected to hit nearly seven per cent.

Senior Tories have called for the levy to be ditched or at least postponed to ease pressures on household finances.

The Prime Minister has been told by some rebel backbenchers they will back his premiership if he drops the tax plan.

And a report by the Treasury Committee yesterday warned the rise in employer National Insurance contributions would contribute to an increase in inflation.

Veteran Tory Sir John Redwood said there was “plenty of momentum” among MPs for the National Insurance rise to be cancelled.

He added: “Come on government, do something popular for a change.”

Downing Street insisted there are “no plans” to change course on the tax increase.