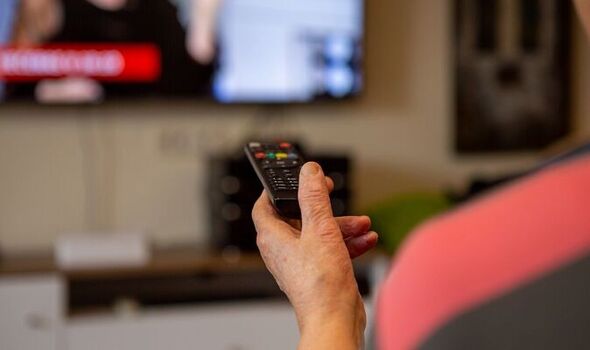 As the cost of living rises, they value it as an affordable form of entertainment for their families. The survey result comes as a coalition of groups – including over-60s campaign group Silver Voices – have urged the Government to safeguard broadcast services.

They fear streamers like Netflix could eventually force out terrestrial TV.

The poll for Arqiva, the company that runs the transmitters, found that 78 per cent see terrestrial TV – Freeview – as important, if not essential, to their daily lives.

Half can’t afford subscription services or don’t think they offer value for money.

Already rising prices have led households to cut back on them as people look for ways to save money. And two-thirds said they believed Freeview is better for their children than streaming services or YouTube.

But as it stands, there is only certainty of provision for TV and radio through an aerial until the early 2030s. Ofcom will soon have to decide whether the radio frequencies used for TV should instead be allocated to other technologies.

Selaine Saxby, Tory MP for North Devon, said: “I see every day how essential Freeview is to families in rural areas who struggle to get good broadband, to those who cannot afford monthly streaming subscriptions, and to older people who lack confidence online.”

The coalition behind the campaign has written to Culture Secretary Michelle Donelan to urge protection to 2040 and beyond.

The letter, from Shuja Khan, boss of Arqiva, said: “These services bind us together as a people, whether it is through national moments that matter like the Queen’s State Funeral and Jubilee or celebrating national success like the Women’s Euro Final.”