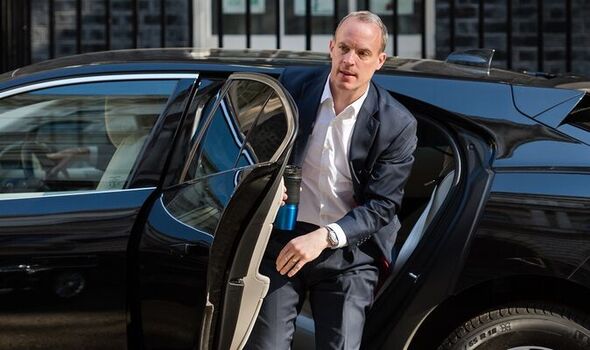 It is hoped the move will free up 1,700 extra days in crown courts, where the most serious offences are heard. Until now, the maximum prison term JPs could hand out for one offence was six months. Crown courts are struggling with a logjam of 60,000 cases after Covid closures. Justice Secretary Dominic Raab said: “Doubling the sentencing powers of magistrates will create more capacity in the crown court.

“Together with an extra 30 Nightingale courtrooms currently open, digital hearings and allowing the crown court to hear as many cases as possible for another financial year, we will deliver swifter and more effective justice for victims.”

The Ministry of Justice said magistrates and legal advisers have had additional training.

Bev Higgs, from the Magistrates’ Association, said: “This will lead to more timely justice to benefit defendants, complainants and witnesses.”

But the move has been criticised by the Criminal Bar Association (CBA), which represents barristers in England and Wales. Jo Sidhu QC, its head, said: “Keeping back more cases in the magistrates court may trigger more appeals to the crown court, adding to the growing lists of outstanding cases.”

The CBA said one of the biggest issues contributing to the backlog is the number of outstanding crown court trials, which are unaffected by any change to magistrates.

It also claimed many defendants charged with offences that can be tried in either court will choose to have a trial by jury.