Emmanuel Macron is under “huge pressure” not to give into the UK on fisheries, following catastrophic domestic polling on his performance as French leader. Sky News’ deputy political editor Sam Coates analysed recent polling which showed French President’s popularity plunging among voters in France. A recent YouGov poll also showed France was the only nation in the EU where a greater proportion believe Britain to have the upper hand in the negotiations.

Mr Coates explained: “The issue we are facing is not how Britain can negotiate with Brussels, but instead the different actors inside the EU.

“We can see that most countries people think Brussels has the upper hand including the UK, Denmark, Germany, Sweden.

“They think that this negotiation will end with Brussels getting on over the Brits.

“But the most significant is the polling in France. It is reversed. It is the one country where they think the Brits have the upper hand, and Brussels has the weaker hand to play.”

JUST IN: Brexit poll: Should Boris give in to Macron’s fishing demands? 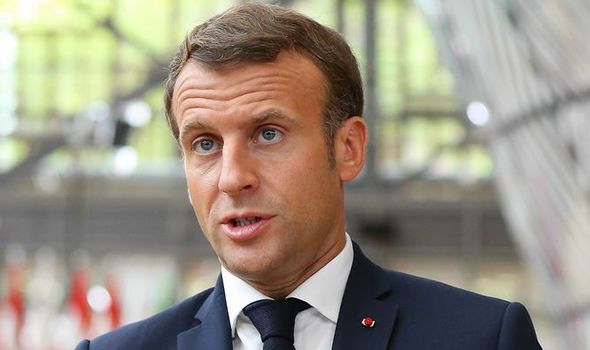 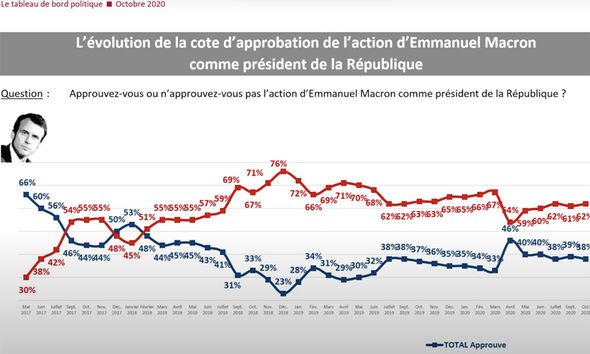 Mr Coates said: “This is a huge problem for Emmanuel Macron.

“If people in that country believe that their leader and the union they are part of is the weaker of the two negotiating partners then that will leave them dissatisfied with their government’s performance when it comes to Brexit.

“That is putting big pressure on Emmanuel Macron. Recent voter polling also explains why Macron is the EU leader playing hardball the most.”

He pointed to a national poll tracker in France which showed Mr Macron, who faces a presidential race in 2022, only had a 38 percent approval rate. 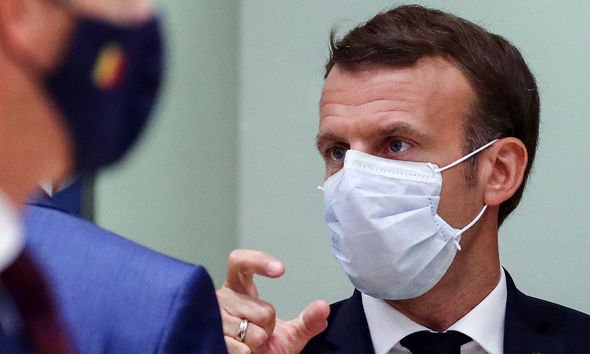 Approximately 62 percent of respondents disapproved of the French President’s leadership.

Mr Coates explained: “You can see he has a big deficit here. He is in the red with his electorate. He is clearly trailing with people thinking he is doing a bad job.

“It is this polling which shows French worries that Brexit is not going their way and worries that the French are not playing the big role they often are in these debates.” 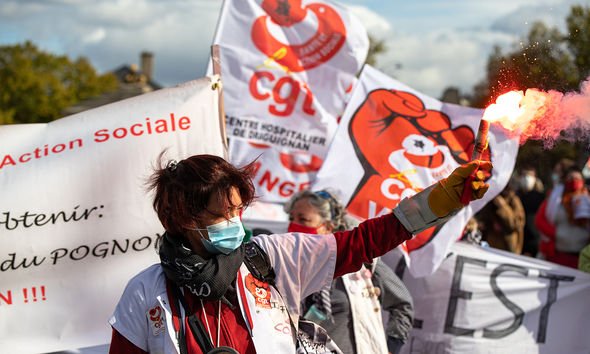 He added: “That is leading Macron to play that tough guy act that we saw yesterday, where he insisted he would not sacrifice his fishermen, and that France and Europe should be ready to walk away.”

On Thursday, French President Emmanuel Macron refused to back down on fisheries, saying: “Under any circumstance, our fishermen should not be sacrificed for Brexit.

“If these conditions are not met, it’s possible we won’t have a deal. If the right terms can’t be found at the end of these discussions, we’re ready for a no-deal for our future relations.”

Earlier today, Mr Johnson hit out at the European Union for refusing to hand Britain a Canada-style free trade deal.

In a broadcast announcent, the Prime Minister said unless there is a “fundamental change in approach” from Brussels then the UK will go for the “Australia solution”.