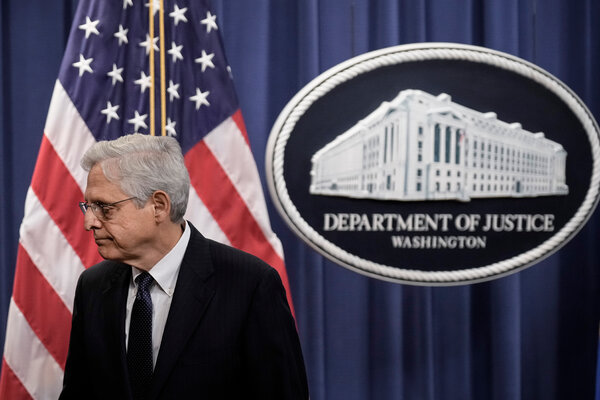 Lawmakers of both parties appeared to welcome Attorney General Merrick B. Garland’s request on Thursday to unseal the warrant used in the F.B.I.’s search of Mar-a-Lago, former President Donald J. Trump’s private club and home in Florida.

While several Republicans who had been calling for more transparency about the search suggested they would continue to scrutinize the justification for the search, Democrats on Thursday applauded Mr. Garland’s announcement as indicative of the Justice Department’s commitment to an impartial investigation.

“I agree with Ted Cruz and the many other Republicans in the House and Senate calling for publication of the search warrant,” Representative Donald S. Beyer Jr., Democrat of Virginia, said on Twitter. “The Justice Department’s motion to unseal the warrant is a key step to put the facts before the public. The ball is now squarely in Donald Trump’s court.”

The reactions to Mr. Garland’s statements on Thursday continued to reveal a growing divide among Republican lawmakers, who have diverged significantly in how aggressively they have questioned the F.B.I.’s search.

Almost instantly after Mr. Trump acknowledged the F.B.I. search on Monday, a number of House Republicans, including Representative Kevin McCarthy of California, the minority leader, raced to portray it as politically motivated and impugn Mr. Garland’s motives.

But in recent days, Republicans in the Senate, including majority leader Mitch McConnell, have been more circumspect about criticizing F.B.I. agents, particularly after a gunman attempted to breach an F.B.I. field office in Cincinnati on Thursday morning.

Instead, some have more gently expressed suspicion about the search and pressed for more information about the evidence that had led authorities to seek a warrant, which was approved by a federal judge.

“What I am looking for is the predicate for the search,” Mr. Graham wrote on Twitter on Thursday. “Was the information provided to the judge sufficient and necessary to authorize a raid on the former president’s home within ninety days of the midterm election?”

In the news conference Thursday, Mr. Garland strongly denounced the violent language used by some figures on the far right this week to attack employees of the F.B.I., noting the potential for real-life violence.

“I will not stand by silently when their integrity is unfairly attacked,” he said.

Some Republicans, including Representative Liz Cheney, Republican of Wyoming, and Adam Kinzinger, Republican of Illinois, echoed those concerns on Thursday, warning against the increasingly heated rhetoric.

“I have been ashamed to hear members of my party attacking the integrity of the FBI agents involved with the recent Mar-a-Lago search,” Ms. Cheney wrote on Twitter. “These are sickening comments that put the lives of patriotic public servants at risk.”

Mr. Kinzinger wrote, “Every Republican official who doesn’t agree with those attacks MUST speak out if there are any patriots left.”