The Speaker of the House was forced to interrupt Boris Johnson during PMQs to tell off Chris Bryant MP. Lindsay Hoyle suggested the Labour whip Nick Brown has a word with him. He said “we are not having that disgraceful behaviour.” Minutes later Mr Bryant returned to Parliament and walked up to the Speakers chair.

Mr Johnson added: “Mr Speaker I think you should summon him back he seems to have vanished.”

Mr Hoyle was forced to stop the Prime Minister speaking a second time.

“Mr Bryant I think we need this conversation later.”

The Labour MP can be overheard responding, “fine”. 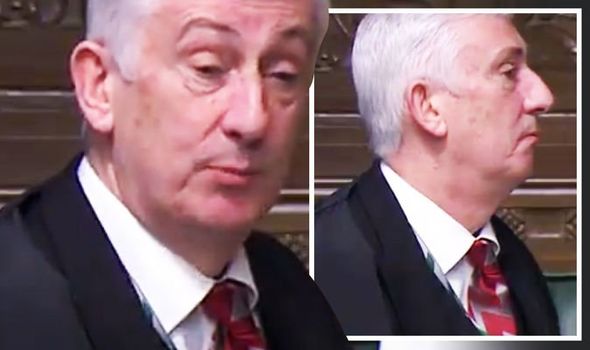 Political Editor of Politics Home Kate Proctor wrote on Twitter: “Chris Bryant apparently was told to move from the doorway which is left open for ventilation in the Commons chamber and he didn’t.

“If that’s what the row was about, how pathetic!”