The Labour leader spoke of his pride at being granted a knighthood at Buckingham Palace as he outlined the direction in which he wants to lead the party. Sir Keir Starmer’s predecessor Jeremy Corbyn is a republican, who has refused to sing the national anthem in the past.

The Labour leader said: “This is a country that has given me so much.

“I am thankful to the National Health Service that cared for my mum for much of her life. For the chance to be the first in my family to go to university. To go on, to practice the law and to have the privilege of leading the Crown Prosecution Service.

“And to be able to give my parents what they said was one of the proudest moments of their lives: to be there, with me, at Buckingham Palace as I was awarded a knighthood for services to criminal justice.

“Family values mean the world to me. I was lucky enough to grow up in a loving family and I have the great joy now of a family of my own.” 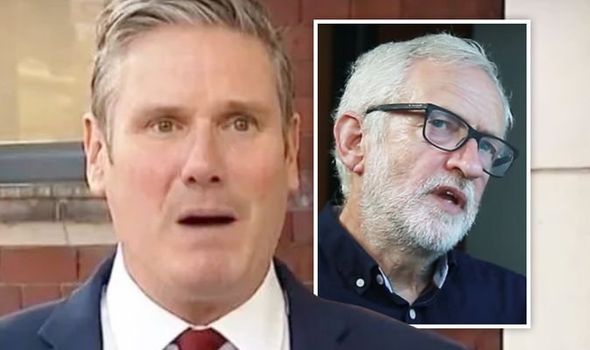 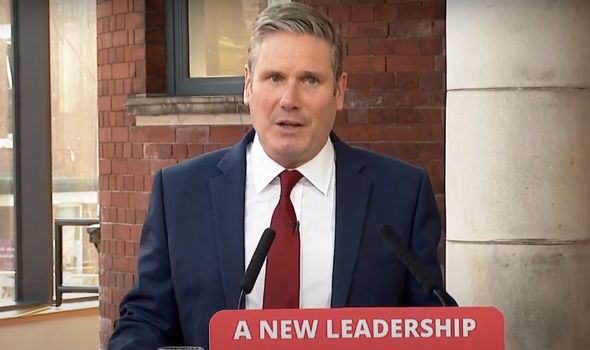 Mr Starmer said regarding the prospect of rebuilding the Labour Party: “Trust takes time. It starts with being a credible Opposition. With taking the job seriously. That’s what we will do.

“So, to those people in Doncaster and Deeside, in Glasgow and Grimsby, in Stoke and in Stevenage to those who have turned away from Labour, I say this: we hear you.”

He added: “I ask you: take another look at Labour. We’re under new leadership. We love this country as you do.

The Labour MP added: “I can see in my mind’s eye the country I want us to be. Properly funded universal public services. World-class education which unleashes everyone’s potential.

“A huge investment in skills and a plan, working hand-in-hand with businesses and trade unions, to create high quality jobs.

“An economy that doesn’t force people to move hundreds of miles from family and friends just to find a decent job. One that truly works for all regions and nations of this United Kingdom, with opportunity and security in every part of the country and at every stage of our lives.

“A country committed to a greener, cleaner and fairer society. Where every policy is judged not just by how much it costs today but by what it does for the planet tomorrow.

“A country which would be an active force for good in the world, once again admired and respected leading the world – and leading by example – in tackling the climate emergency.”

He said: “I’m calling on the Prime Minister to make this his priority. Bring forward a national strategy to close the education gap.

“Enforce it through an independent body, such as the Children’s Commissioner, and make sure no family loses out because of the exam’s fiasco or delays in getting children into school.”