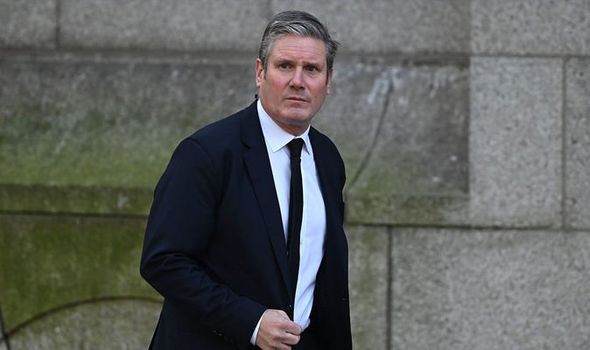 The Labour leader is looking to reshuffle his shadow cabinet and sack those failing to break through with voters.

Shadow Home Secretary Nick Thomas-Symonds, along with shadow education and culture secretaries Kate Green and Jo Stevens are said to be in the firing line.

The reshuffle is expected to take place this side of Christmas.

A source in the party told The Times: “We are approaching a window when he’s got the scope to do it.”

Labour has seen a bounce in the polls in recent weeks following a series of blunders, U-turns and broken promises by the Government.

Sir Keir is eager to build on that momentum by placing more political heavyweights on the frontbench to deliver some knockout blows to Conservative ministers.

The source added: “The sleaze and standards row has been a good thing for us.”

Another said: “Keir is genuinely angry about it and does want the House and politics to be better.

“That has made a difference — it’s a very authentic response. He’s got his mojo back.

“The last month or so has given him and the rest of the shadow cabinet more confidence.”

Successive polls have shown the gap narrowing between Labour and the Tories, with the Opposition even taking the lead in some surveys.

However, Mr Thomas-Symonds has failed to gain much traction in his role as shadow home secretary.

A YouGov poll in September suggested just six percent of people had heard of him – joint-worst along with shadow communities secretary Steve Reed.

He’s been accused of failing to effectively combat Priti Patel despite the Home Secretary coming under increasing pressure in recent weeks over the crisis in Channel crossings.

One MP said: “Nick is a lovely guy but I don’t think he’s making very much weather with major failings by the Home Office.”