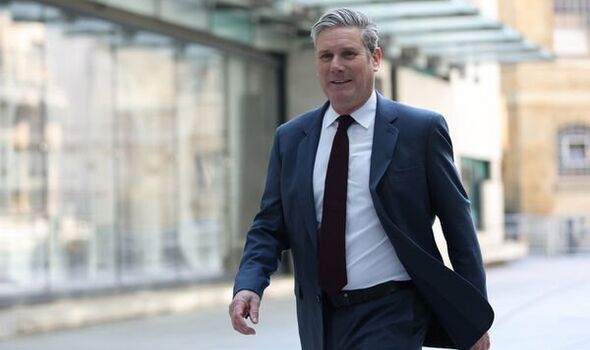 Durham Constabulary previously said they do not believe any offence was committed in April 2021 when Sir Keir was pictured with a bottle of beer in the office of City of Durham MP Mary Foy in the run-up to the Hartlepool by-election.

Richard Holden, the Conservative MP for North West Durham, wrote to the force last week asking them to reconsider in light of the Metropolitan Police’s decision to fine Boris Johnson for attending his birthday bash in Downing Street.

Mr Holden shared a letter from the Durham force’s deputy chief constable on social media, which contained the line: “I will make inquiries with the investigation team and will update you at the point at which I have been able to conclude those inquiries.”

The MP tweeted that police had the door open to “re-examining the case”.

A spokesperson for Durham Constabulary said: “We were sent a letter by Richard Holden MP on April 22.

“As a courtesy, we have replied to Mr Holden to confirm we have received that letter and will consider its contents before responding in due course.”

Labour said it was wrong to characterise the letter as suggesting an investigation into whether Sir Keir Starmer broke coronavirus rules was being re-examined.

A spokesman said: “I think some of the characterisations of the letter has been inaccurate.” He said the incident in question was a “work event”.

Put to him that the police were “re-examining” the investigation, he said: “I wouldn’t characterise the letter in that way.”

Mr Holden’s original letter to Durham Constabulary, which he also shared on social media, said the pictures of Sir Keir came at a time when indoor mixing between households was banned, and the location “was not the usual workplace of Sir Keir Starmer”.

The MP wrote: “The Metropolitan Police has since issued a fixed penalty notice to a number of politicians in relation to an event inside the Downing Street Cabinet Room on June 19 2020, where individuals may have briefly celebrated a birthday at a work event.”

“In light of that decision, and the tests applied by the Metropolitan Police for the level of a covid regulations breach, I believe there is a strong public interest in Durham Constabulary reviewing its decision not to investigate the Starmer incident further.”

Sir Keir was in the City of Durham MP’s office, working in the run-up to the Hartlepool by-election in April 2021.

He has insisted he did nothing wrong, despite comparisons by his opponents to the partygate allegations at 10 Downing Street.

Durham police confirmed in February they did not believe any offence was committed.