The Labour leader will order his MPs to vote in favour in the Commons, ensuring it should pass into law in time for the UK’s exit. But former shadow chancellor John McDonnell and ex-cabinet minister Ben Bradshaw are among more than 20 Labour MPs unwilling to support the “rotten” agreement.

Other opposition parties, including the SNP, the Lib Dems and the DUP, have already said they will be voting against the deal. The Prime Minister may also face opposition from some of his own MPs.

Sir Keir has argued that the alternative of ending the Brexit transition period on December 31 without a deal in place would be worse for the economy.

However, his stance has upset some pro-Europeans in his party, who say they should not support a flawed agreement and should abstain instead. 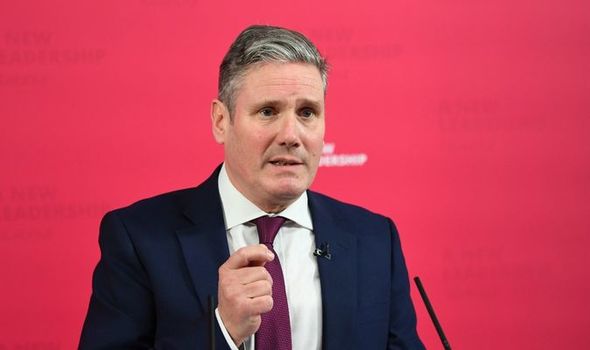 The statement has been organised by Another Europe Is Possible and Labour For A Socialist Europe – both on the Left – but has attracted support from both wings of the party.

Signatories also include ex-minister Lord Adonis from the Blairite wing. Labour MP Rupa Huq believes “more than 20” of her colleagues will defy the whip to vote against the deal.

The DUP opposes the deal as it imposes customs checks between Northern Ireland and the rest of the UK.