Readers voted in our online poll on whether Sir Keir should step down as Labour leader in the wake of the party’s election drubbing. Some 56 percent of respondents said yes, compared to 42 percent who disagreed and two percent who opted for the “don’t know” option.

Commenting on this website, one reader said: “It really doesn’t matter if he stays or goes, Labour doesn’t a have a leader, there isn’t one single person in the Labour that can lead the party and take to win an election, the damage has already been done !!”

Referring to Brexit, another wrote: “He is not at fault alone.

“The whole Labour Party, with very few exceptions, deserve exactly what they are getting and it serves them right.

“How dare they not accept the majority voters results on the referendum?” 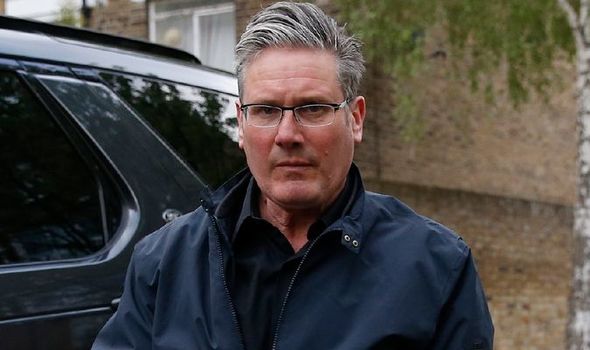 A third posted: “Even if he resigned, who would replace him? Not much talent there.”

One more added: “Stay put for Starmer! He’s the greatest asset for the Tories!!”

Our poll comes after Labour received a thrashing in the local elections in England on Thursday, losing control of a host of councils.

Labour was also defeated in the Hartlepool by-election in a huge blow to the party. 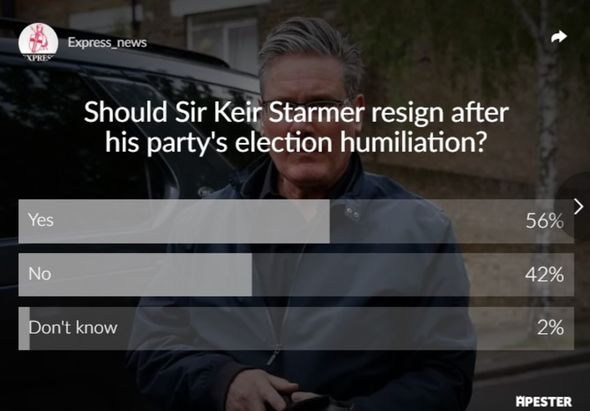 It is the first time the North East town has had a Conservative MP since it was created in the 1970s.

However, Labour dominated the mayoral elections, claiming 11 of the 13 posts being contested in cities and metropolitan regions across England.

Sir Keir carried out a reshuffle of his shadow cabinet team on Sunday night amid the fallout. 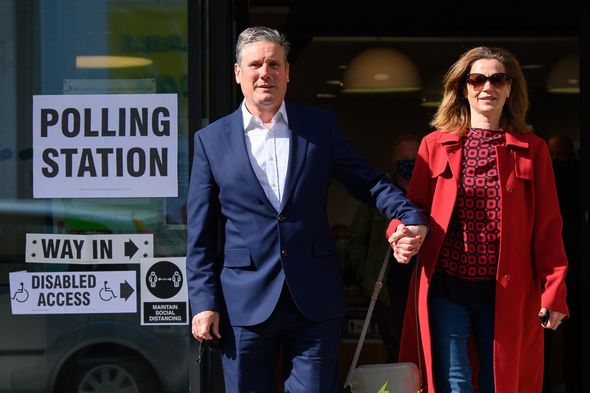 He said: “The Labour Party must be the party that embraces the demand for change across our country.

“That will require bold ideas and a relentless focus on the priorities of the British people.

“Just as the pandemic has changed what is possible and what is necessary, so Labour must change too.

“In the last 24 hours we have seen fantastic results for Labour metro mayors, as well as the Labour government in Wales under Mark Drakeford.

“They have shown the difference Labour can make in power, standing up for their communities.”

As well as his reshuffle, the former director of public prosecutions has hired Gordon Brown’s former chief pollster Deborah Mattinson – who has written a book about why Labour lost the so-called “red wall” at the 2019 general election – as director of strategy.