John Bercow has directed a furious rant at Boris Johnson during an interview with Sky New’s Trevor Phillips. The former speaker of the House of Commons has announced he is now a member of the Labour Party and admitted on Sky that his values were of the “left of centre.” Mr Bercow endorsed the Labour Party as the only viable vehicle for unseating the Conservative Government.

Mr Bercow told the Sky News host: “My values are left of centre, I do not identify with the Conservative Party.

“If you believe as I do that this government is bad news, unfit to govern and the Prime Minister though a successful campaigner is a lousy governor, ” he continued.

“How is that to be achieved? The reality of the matter is that in the United Kingdom the only credible vehicle for the removal of this Government is the election of a Labour government.” 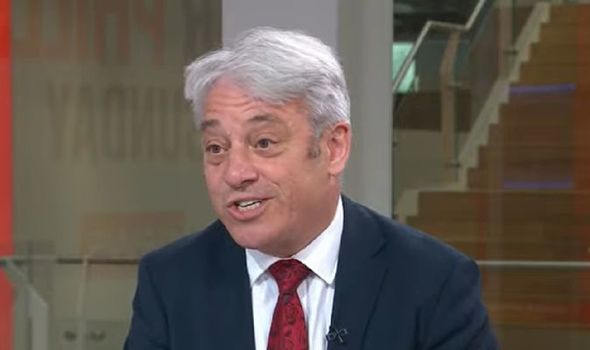