In order to prevent a hard border in Ireland, Northern Ireland remains part of the EU single market and checks are made on certain products arriving from the rest of the UK under the Protocol arrangements.

Addressing the Dáil’s EU Affairs Committee, Mr Coveney said: “The protocol is the only solution to the problems created by Brexit for the island of Ireland and we firmly support ongoing contacts between the EU and UK on its implementation.”

The Irish Foreign Minister said flexibility and teamwork between Brussels and London would solve issues with the protocol.

He added: “I firmly believe that acting together within the framework of the protocol, the EU and UK can find solutions to the outstanding issues. 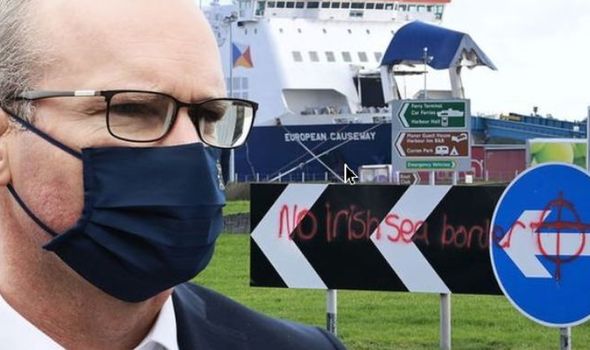 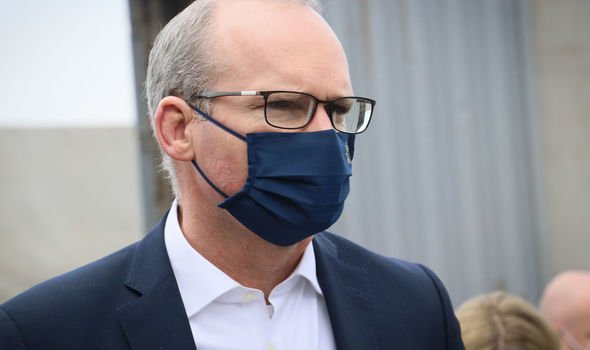 “Finding a sustainable and collaborative way forward is ultimately to the benefit of all communities in Northern Ireland and to the EU and UK as a whole.

“It will also foster stability that given recent very concerning disturbances in Northern Ireland is needed now more than ever.”

Mr Coveney suggested a compromise over the Northern Ireland “SPS-checks” by the UK which involves plant, food safety and animal health checks would be hugely beneficial to the situation.

He claimed the UK had “doctrinaire reasons” for refusing to sign up to many EU standards and said efforts were being made to get the UK to change their tune. 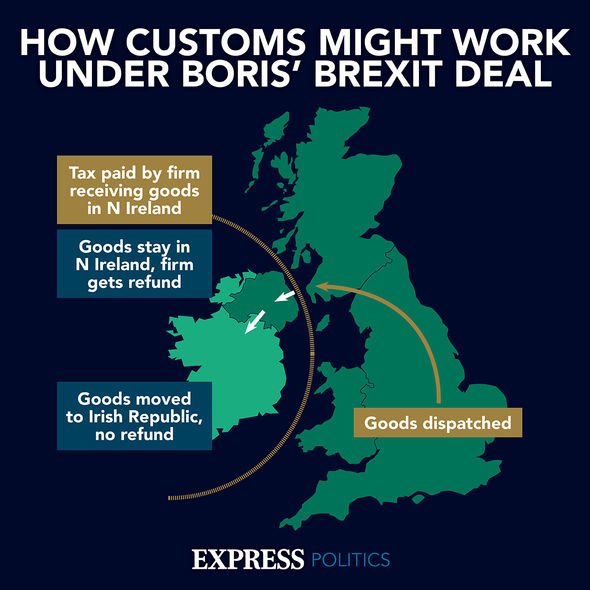 Mr Coveney claimed such a move by the UK Government could do away with 80 percent of product checks and would help alleviate hold-ups at ports in Northern Ireland and the Republic.

It was noted, however, by the Foreign Minister that the EU was being “unduly legalistic” in its approach to resolving Northern Ireland protocol arrangements.

He added if a way forward could be found on SPS it would be a “win for everybody”.

Mr Coveney’s comments come just hours after the EU has asked the UK to align its plant, food safety, animal health and environment rules on their own.

In return, Commission officials said they were willing to ease checks on goods coming over the Irish Sea.

On the subject, Mr Coveney continued: “I do hope that the negotiating teams will be able to look at this space and see whether there is a middle-ground position between dynamic alignment, and an equivalence on SPS standards that could quite dramatically reduce the number of tests that are required on goods coming into Larne and Belfast ports from GB into the Northern Ireland market and into the single market via Northern Ireland.”

Mr Coveney also told the EU Affairs Committee that 26 issues had been identified by negotiators and that about 20 of them can be resolved through technical negotiation.

He described some of the issues as “much more political” and “more difficult” to deal with and may require “changes in the approach that can allow the protocol to be implemented more easily”.

The most high profile of these was sanitary and phytosanitary (SPS) standards on animals and animal products.

The supply of medicines, steel tariffs and the labelling of goods are some of the other issues that need to be addressed.