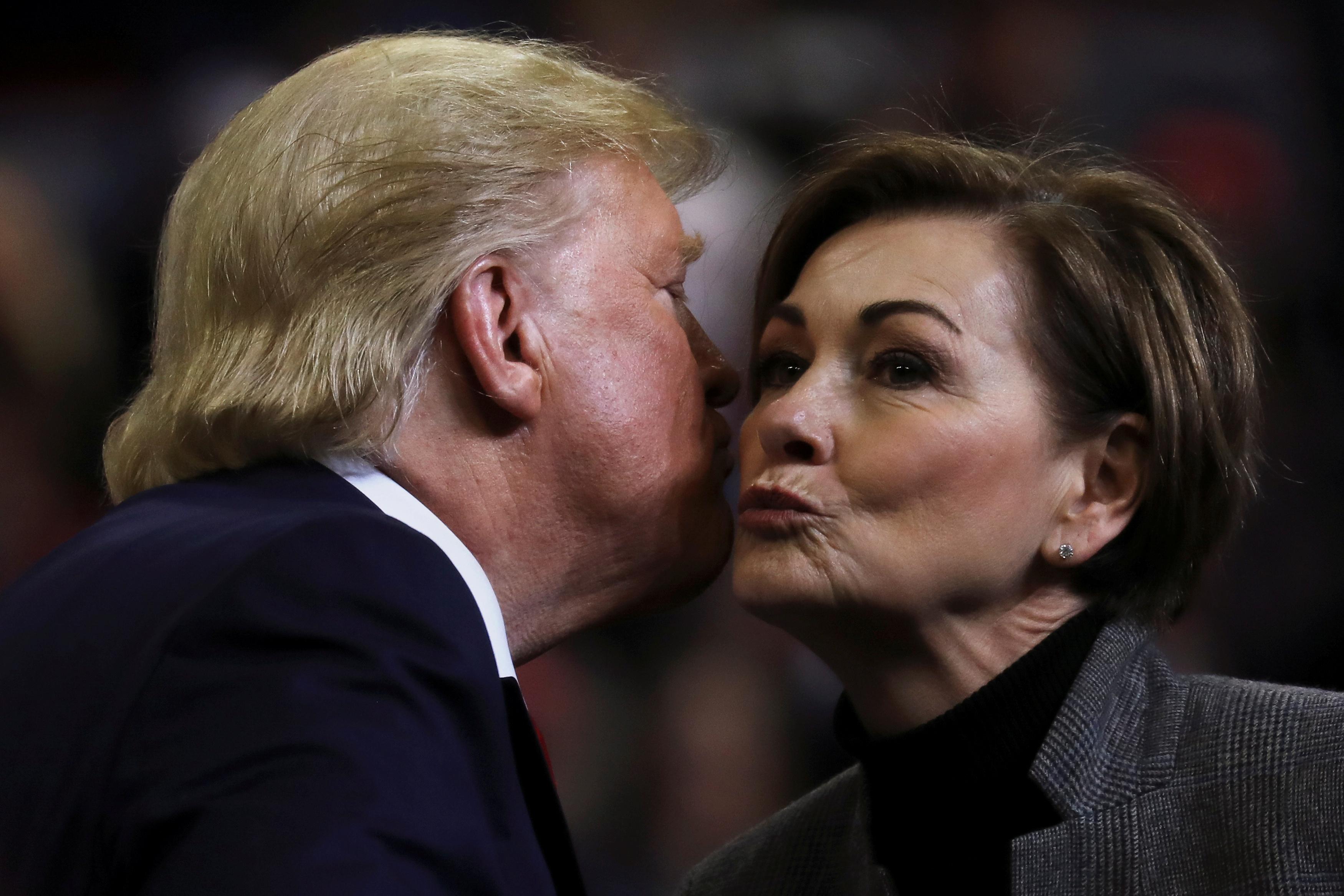 WASHINGTON (Reuters) – Iowa Governor Kim Reynolds has committed to restoring voting rights to those with past felony convictions, according to a Radio Iowa report, potentially expanding the electorate in a state that could be competitive in the Nov. 3 presidential election.

Most U.S. states restrict voting for some people with felony convictions, but Iowa is the last state where felons are barred from voting even after serving their sentences, unless they successfully apply to the governor for restoration.

The rule disenfranchised 2.2% of Iowa’s voting-age population and 9.8% of African Americans in 2016, according to The Sentencing Project, a nonprofit organization that works on criminal justice.

Reynolds, a Republican, made the pledge on Tuesday, a day after she met with Black Lives Matter activists, who have held demonstrations in several Iowa cities since the death of George Floyd in police custody in Minneapolis last month.

Reynolds told reporters she was consulting with “various groups,” but would issue an executive order on voting rights for felons before the November election, Radio Iowa reported.

She did not go into detail about the terms of the order, and her office did not immediately respond to a Reuters request for comment.

Earlier this month, Reynolds signed a bill that would require felons to pay financial damages owed as part of their sentence, as well as serving their prison time, before regaining the right to vote.

A similar rule on financial obligations in Florida was struck down by a federal court last month, after voting rights groups argued it constituted a poll tax. Florida Governor Ron DeSantis, a Republican, has appealed the ruling.

Republican President Donald Trump won Iowa by a 9.4% margin in the 2016 election, but a recent Des Moines Register/Mediacom poll of likely voters in the state had Trump at 44% versus 43% for his presumptive Democratic challenger, former Vice President Joe Biden.