SAVANNAH, Ga. — Sundays are always special at the St. Philip Monumental A.M.E. church. But in October, the pews are often more packed, the sermon a bit more urgent and the congregation more animated, and eager for what will follow: piling into church vans and buses — though some prefer to walk — and heading to the polls.

Voting after Sunday church services, known colloquially as “souls to the polls,” is a tradition in Black communities across the country, and Pastor Bernard Clarke, a minister since 1991, has marshaled the effort at St. Philip for five years. His sermons on those Sundays, he said, deliver a message of fellowship, responsibility and reverence.

“It is an opportunity for us to show our voting rights privilege as well as to fulfill what we know that people have died for, and people have fought for,” Mr. Clarke said.

Now, Georgia Republicans are proposing new restrictions on weekend voting that could severely curtail one of the Black church’s central roles in civic engagement and elections. Stung by losses in the presidential race and two Senate contests, the state party is moving quickly to push through these limits and a raft of other measures aimed directly at suppressing the Black turnout that helped Democrats prevail in the critical battleground state.

“The only reason you have these bills is because they lost,” said Bishop Reginald T. Jackson, who oversees all 534 A.M.E. churches in Georgia. “What makes it even more troubling than that is there is no other way you can describe this other than racism, and we just need to call it what it is.’’

The push for new restrictions in Georgia comes amid a national effort by Republican-controlled state legislatures to impose harsh restrictions on voting access, in states like Iowa, Arizona and Texas.

But the targeting of Sunday voting in new bills that are moving through Georgia’s Legislature has stirred the most passionate reaction, with critics saying it recalls some of the racist voting laws from the state’s past.

“I can remember the first time I went to register,” said Diana Harvey Johnson, 74, a former state senator who lives in Savannah. “I went to the courthouse by myself and there was actually a Mason jar sitting on top of the counter. And the woman there asked me how many butterbeans were in that jar,” suggesting that she needed to guess correctly in order to be allowed to register.

“I had a better chance of winning the Georgia lottery than guess how many butterbeans,” Ms. Harvey Johnson continued. “But the fact that those kinds of disrespects and demoralizing and dehumanizing practices — poll taxes, lynchings, burning crosses and burning down houses and firing people and putting people in jail, just to keep them from voting — that is not that far away in history. But it looks like some people want to revisit that. And that is absolutely unacceptable.” 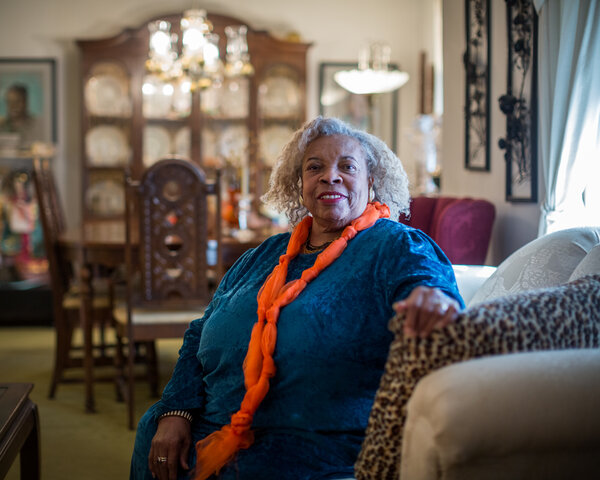 The bill that passed the House would limit voting to at most one Sunday in October, but even that would be up to the discretion of the local registrar. It would also severely cut early voting hours in total, limit voting by mail and greatly restrict the use of drop boxes — all measures that activists say would disproportionately affect Black voters.

A similar bill is awaiting a vote in the Senate. Gov. Brian Kemp, a Republican, has indicated he supports new laws to “secure the vote” but has not committed to all of the restrictions.

Voting rights advocates say there is deep hypocrisy embedded in some of the new proposals. It was Georgia Republicans, they point out, who championed mail balloting in the early 2000s and automatic voting registration just five years ago, only to say they need to be limited now that more Black voters have embraced them.

Georgia was one of nine mostly Southern states and scores of counties and municipalities — including the Bronx, Brooklyn and Manhattan — whose records of racist voter suppression required them to get federal clearance for changes to their election rules. The requirement fell under the Voting Rights Act of 1965, the civil rights era law that curtailed the disenfranchisement of Blacks in the South.

The changes Republicans are now pursuing would have faced stiff federal review and possible blockage under the part of the act known as Section 5. But the Supreme Court, with a conservative majority, effectively gutted that section in a 2013 ruling.

Even after the passage of the Voting Rights Act, churches played a key role in civic engagement, often organizing nonpartisan political action committees during the 1970s and ’80s that provided, among other resources, trips to vote on Sunday where it was permitted. The phrase “souls to the polls” took root in Florida in the 1990s, according to David D. Daniels III, a professor of church history at McCormick Theological Seminary in Chicago. Raphael Warnock, one of the Democrats who won a special Senate race in January, is himself the pastor of the storied Ebenezer Baptist Church in Atlanta.

Historically, churches provided Black congregants more than just transportation or logistical help. Voting as a congregation also offered a form of haven from the intimidation and violence that often awaited Black voters at the polls.

“That was one of the things that my father said, that once Black people got the right to vote, they would all go together because they knew that there was going to be a problem,” said Robert Evans, 59, a member of St. Phillip Monumental. “Bringing them all together made them feel more comfortable to actually go and do the civic duty.”

In Georgia, the role of the A.M.E. church in civic engagement has been growing under the guidance of Bishop Jackson. Last year he began Operation Voter Turnout, seeking to expand the ways that A.M.E. churches could prepare their members to participate in elections. The operation focused on voter education, registration drives, assistance with absentee ballots and a coordinated Sunday voting operation.

It had an impact in last November’s election, even amid the coronavirus pandemic: According to the Center for New Data, a nonprofit research group, African-Americans voted at a higher rate on weekends than voters identifying as white in 107 of the state’s 159 counties. Internal numbers from Fair Fight Action, a voting rights group, found that Black voters made up roughly 37 percent of those who voted early on Sunday in Georgia, while the Black population of Georgia is about 32 percent.

State Representative Barry Fleming, a Republican and chief sponsor of the House bill, did not respond to requests for comment, nor did three other Republican sponsors. In introducing the bill, Republicans in the Legislature portrayed the new restrictions as efforts to “secure the vote” and “restore confidence” in the electoral process, but offered no rationale beyond that and no credible evidence that it was flawed. (Georgia’s election was pronounced secure by Republican electoral officials and reaffirmed by multiple audits and court decisions.)

Limiting Sunday voting would affect Black voters beyond losing the assistance of the church. It would inevitably lead to longer lines during the week, especially in the Black community, which has historically been underserved on Election Day.

The bill would also ban what is known as “line warming,” the practice of having volunteers provide water, snacks, chairs and other assistance to voters in line.

Latoya Brannen, 43, worked with members of the church and a nonprofit group called 9 to 5 to hand out snacks and personal protective equipment in November.

“We’ve learned that giving people just those small items helps keep them in line,” Ms. Brannen said. She said she had occasionally handed out bubbles to parents who brought young children with them.

If Sunday voting is limited, it could induce more Black Georgians to vote by mail. During the pandemic, churches played an instrumental role in helping African-Americans navigate the absentee ballot system, which they had not traditionally used in the same proportion as white voters.

At Greater Gaines Chapel A.M.E., a church about a half-mile from St. Philip Monumental, Israel Small spent most of last fall helping church members with the absentee process.

“We took people to drop boxes to help make sure it would be counted,” said Mr. Small, 79. He said he was angered to learn this winter that Republicans were moving to restrict mail voting, too.

Among the changes Republican state legislators have proposed is a requirement that voters provide proof of their identification — their license numbers or copies of official ID cards — with their absentee ballot applications.

That signals a shift for Republicans, who have long controlled the Statehouse; in 2005 they passed a similar proposal, but for in-person voting.

That measure included a new “anti-fraud” requirement that voters present one of a limited set of government-issued identification cards, like a driver’s license, at voting stations.

The restrictions affected Black voters disproportionately, data showed. At the same time, state Republicans were moving to ease the process of absentee voting — predominantly used by white voters then — by stripping requirements that absentee voters provide an excuse for why they couldn’t vote in person and exempting them from the new photo-identification requirement.

Justice Department lawyers reviewed the proposals under Section 5 of the Voting Rights Act and found that the new ID law would likely make voting disproportionately harder for Black citizens. The attorneys recommended that the George W. Bush administration block it.

In a memo that the department’s political leadership ultimately disregarded, staff lawyers noted that a sponsor of the legislation had told them that she believed Black voters were likely to vote only when they were paid to do so, and that if the new law reduced their voting share it was only because it would limit opportunities for fraud.

The memo also stated that the law’s sponsors defended the more lenient treatment of mail voting — like its exemption from the ID provision — by arguing that it was more secure than in-person voting because it produced a paper trail.

Now, after an election year in which Mr. Trump repeatedly and falsely disparaged mail voting as rife with fraud, state Republicans are arguing that mail-in voting needs more restrictions.

There is no new evidence supporting that assertion. But one thing did change in 2020: the increase in Black voters who availed themselves of absentee balloting, helping Democrats to dominate the mail-in ballot results during the presidential election.

“It’s a very challenging time for all of us, just for the inalienable right to vote that we fought so hard for, and right now, they’re trying to turn back the clock to try to make sure it’s difficult,” he said.

“Donald Trump woke us up,” he said. “There are more people in the congregation that are more aware and alert and have a heightened awareness to politics. So while we know that and we believe that his intentions were ill, we can honestly say that he has woken us up. That we will never be the same.”