Emmanuel Macron and Brigitte arrive in Cornwall for G7 Summit

And the revelations are particularly striking given Mr Macron’s hardline stance in relation to UK tourists, who are currently facing a ten-day quarantine period before they can enter his country, even if they have had two coronavirus jabs. Mr Macron joined other world leaders at the summit, held in Cornwall earlier this month despite concerns about the increasing prevalence of the so-called Delta variant, known to be 60 percent more contagious than the Alpha strain, which emerged in Kent earlier this year.

Pro-Brexit think tank Facts4EU published their findings after analysing footage of France’s President during the course of his three-day visit.

The report, carried on their website, feature pictures of Mr Macron with his arm around Mr Biden, as well as warmly embracing Mr Ramaphosa.

Facts4EU spokesman David Evans said: “In the videos that Facts4EU.Org has seen, it seems that President Macron took every possible opportunity to sidle up to the elderly US President and engage in close physical contact – patting him, wrapping his arm around him, and speaking literally face-to-face at a distance of approximately one foot away. It seems that Monsieur Macron couldn’t keep his hands or eyes off the American President.

“Conversely the British Prime Minister generally managed to keep his distance from his French counterpart. 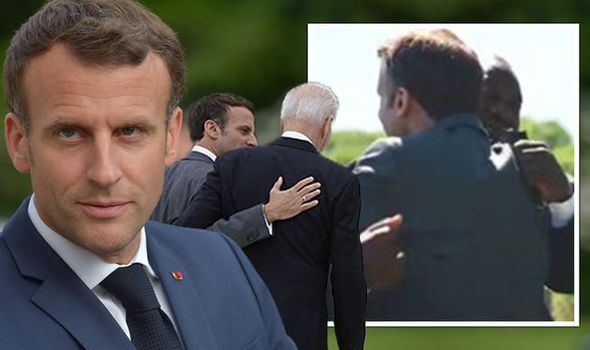 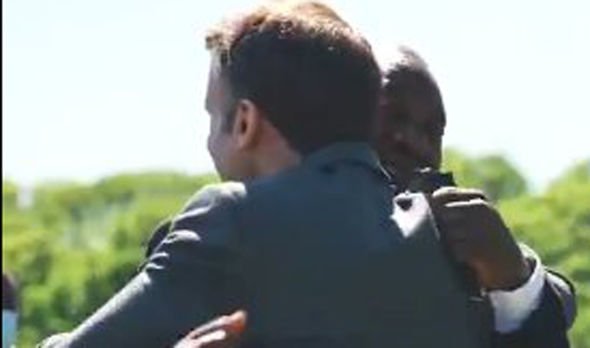 “Boris Johnson’s wife Carrie behaved in the same way with President Macron and his wife.”

He explained: ”President Macron was seemingly delighted to see President Matamela Cyril Ramaphosa from South Africa, home of the supposedly deadly South African (‘Beta’) variant of COVID-19 and by then rampant with the new Indian (‘Delta’) variant.

JUST IN: ‘No one speaking in UK’s favour!’ Argentina aims jibe at Boris 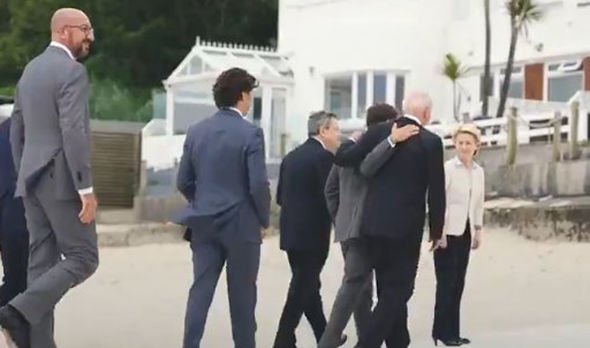 ”He had just jetted in and was fresh off the plane from his homeland.

“In South Africa at that time, official average daily deaths ‘with Covid’ were running at 111 per day – over 12 times higher than the UK and almost double the rate in France.

“It is believed that in fact the true figures from South Africa are much higher, as the recording of these is unreliable in many parts of that country.” 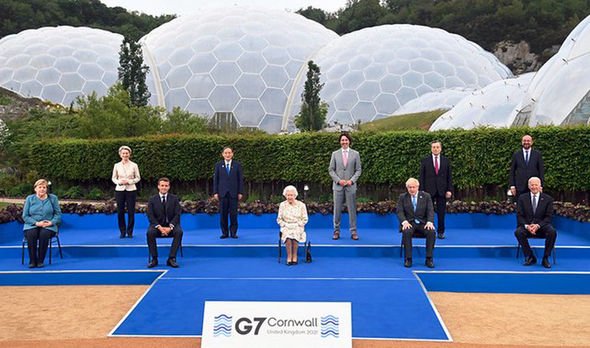 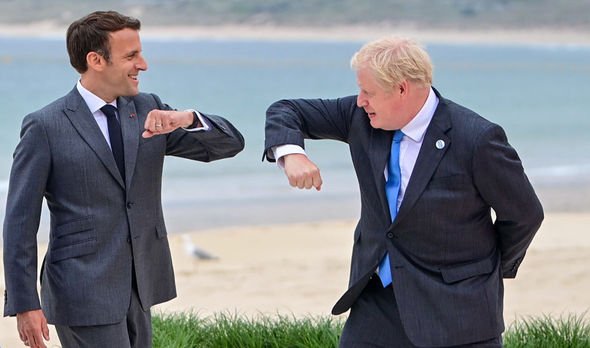 He said: “It should be said that we have no idea whether any official Covid guidance was issued by the UK Government to the G7 leaders, nor to other leaders such as the two EU Presidents who were inexplicably invited, as ever.

“Was it ‘anything goes’ or were the controls which the rest of the country were following supposed to be adhered to? After all, this event took place on English soil and it was therefore subject to the Covid laws, rules, and guidance in England at that time.”

“Two things are abundantly clear, however. Whilst most of the leaders observed some basic Covid measures for part of the time, these seem to have gone by the wayside when the politicians were in relaxed mode.

“And while President Macron’s fellow countrymen and women in France were prevented from even leaving their house at night and were having to wear face-masks everywhere, he saw nothing wrong with having the closest, unmasked physical contact with others.” 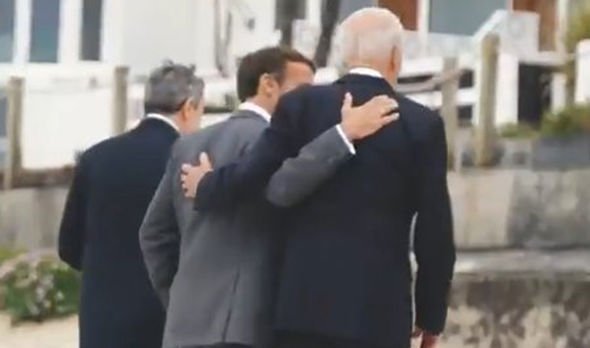 As for whether the analysis was singling out Mr Macron unfairly, Mr Evans said Facts4EU’s conclusion was that the French President had consistently been “the most cavalier” of the leaders attending the summit.

He added: “Perhaps it might help the Anglo-French ‘entente cordiale’ if French government ministers were not so relentless in their continual anti-British statements.

“We know they are desperate for Brexit Britain to fail, but there ARE limits. And perhaps it was not overly helpful when the French President effectively banned British holidaymakers entering France at the suggestion of German Chancellor Angela Merkel, only some days after he returned from having enjoyed English hospitality.”

It might have been better to tell the public in advance that the summit was so important COVID restrictions would not apply in full, but that basic precautions would still apply, Mr Evans suggested. 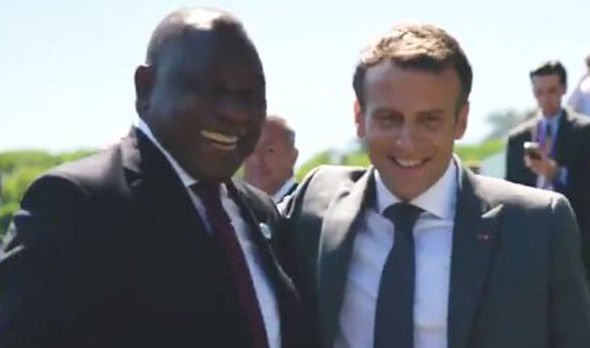 He said: “What we simply can’t abide is the pretence and the hypocrisy.

“Why pose for the press for photos and video opportunities showing obedience to the rules, and then spend the rest of the time obeying the rules sometimes and flagrantly flouting them at all other times?

“The public are not stupid and should not be treated as such. Our message to politicians is simple: Either follow the rules or don’t, but please don’t take us for idiots.”

Express.co.uk has contacted the French embassy in London to offer a chance to respond to Facts4EU’s comments about Mr Macron.