Cases of COVID-19 have been spiking in recent days in the UK, with thousands of confirmed cases reported every day. On Monday, the UK reported 4,368 new coronavirus cases as Professor Chris Whitty and Sir Patrick Vallance cautioned of what was to come if the spread of the virus was not stemmed. Now Prime Minister Boris Johnson will address the nation and introduce strict new measures to stem the spread of the virus.

Addressing the nation on Monday, the Chief Medical Advisor and Chief Scientific advisor warned of the potential for 50,000 cases a day by October if the spread of coronavirus was not halted.

Sir Patrick said the “50,000 cases per day would be expected to lead a month later, so the middle of November, say, to 200-plus deaths per day”.

He explained: “The challenge therefore is to make sure the doubling time does not stay at seven days.”

Staggering graphs showed the sharp climb in cases in September, and how this could continue to grow in October if left unabated. 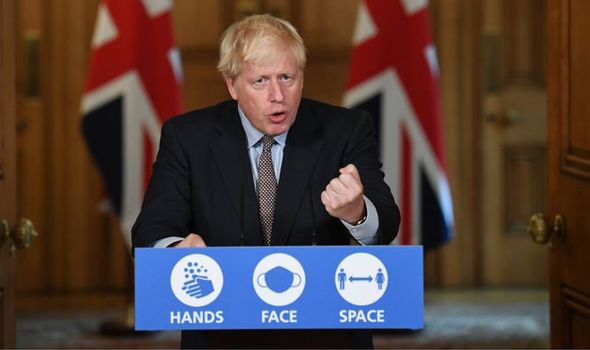 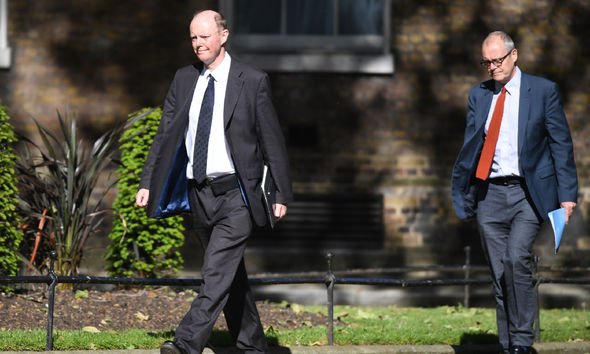 Professor Whitty told Britons to reduce their individual risk in what was the first address from scientific advisors without a politician present.

Professor Whitty suggested reducing social contacts was a key way to curb the spread but acknowledged there was a balance to be struck in terms of protecting the economy.

He said: “If we do too little, this virus will go out of control and you will get significant numbers of increased direct and indirect deaths.

“But if we go too far the other way, then we can cause damage to the economy which can feed through to unemployment, to poverty, to deprivation – all of which have long-term health effects, so we need always to keep these two sides in mind.”

Now Prime Minister Boris Johnson will address the nation and reveal new lockdown measures to halt the spread of the virus. 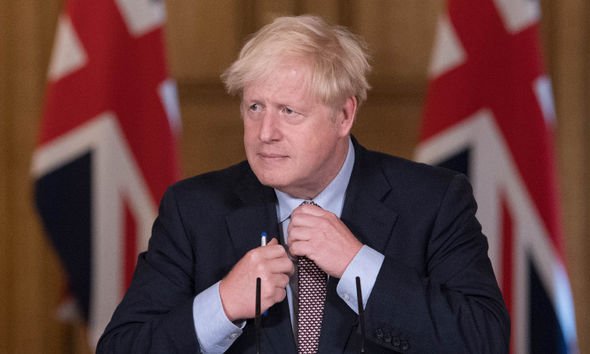 Mr Johnson is expected to address the UK today, at 8pm BST.

This will take place after the Prime Minister has chaired meetings of Cabinet and the Cobra emergency committee – including the leaders of Scotland, Wales and Northern Ireland.

The address will be shown live across major news channels like Sky News and BBC News from 8pm.

For those wanting some news sooner, Mr Johnson will address the House of Commons at 12.30pm.

This will be live-streamed on BBC Parliament, as well as on Parliament’s own channel which you can find here.

What will the Prime Minister announce today?

Mr Johnson will announce a curfew for England’s pubs, bars and restaurants.

This will come into place from Thursday and see all venues across England close at 10pm.

All of the hospitality sector will also be limited to table service only.

A full-scale lockdown for the nation is still being avoided by the Prime Minister, with fears for the impact on the already struggling economy. 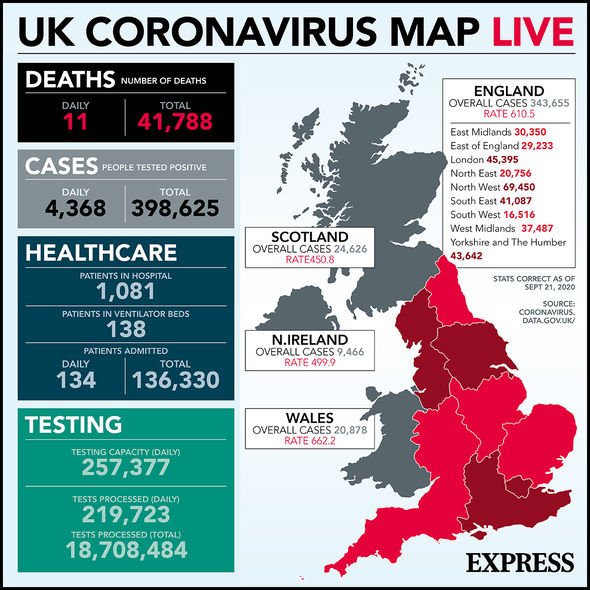 A Number 10 spokesperson said: “No-one underestimates the challenges the new measures will pose to many individuals and businesses.

“We know this won’t be easy, but we must take further action to control the resurgence in cases of the virus and protect the NHS.”

The PM will also emphasise the need for people to follow social-distancing guidance, wear face coverings and wash their hands regularly, and – according to reports – urge people to work from home where it does not hurt businesses.

In terms of working from home, the Government’s stance of returning to work where you can has shifted.

Mr Johnson will today advise people should work from home if they can.

Minister for the Cabinet Office Michael Gove told Sky: “One of the things we are going to emphasise is that if it is possible for people to work from home, we are going to encourage them to do so.

“There is going to be a shift in emphasis.

“They are reluctant steps that we’re taking, but they’re absolutely necessary because as we were reminded yesterday and as you’ve been reporting the rate of infection is increasing, the number of people going to hospital is increasing, therefore we need to act.”