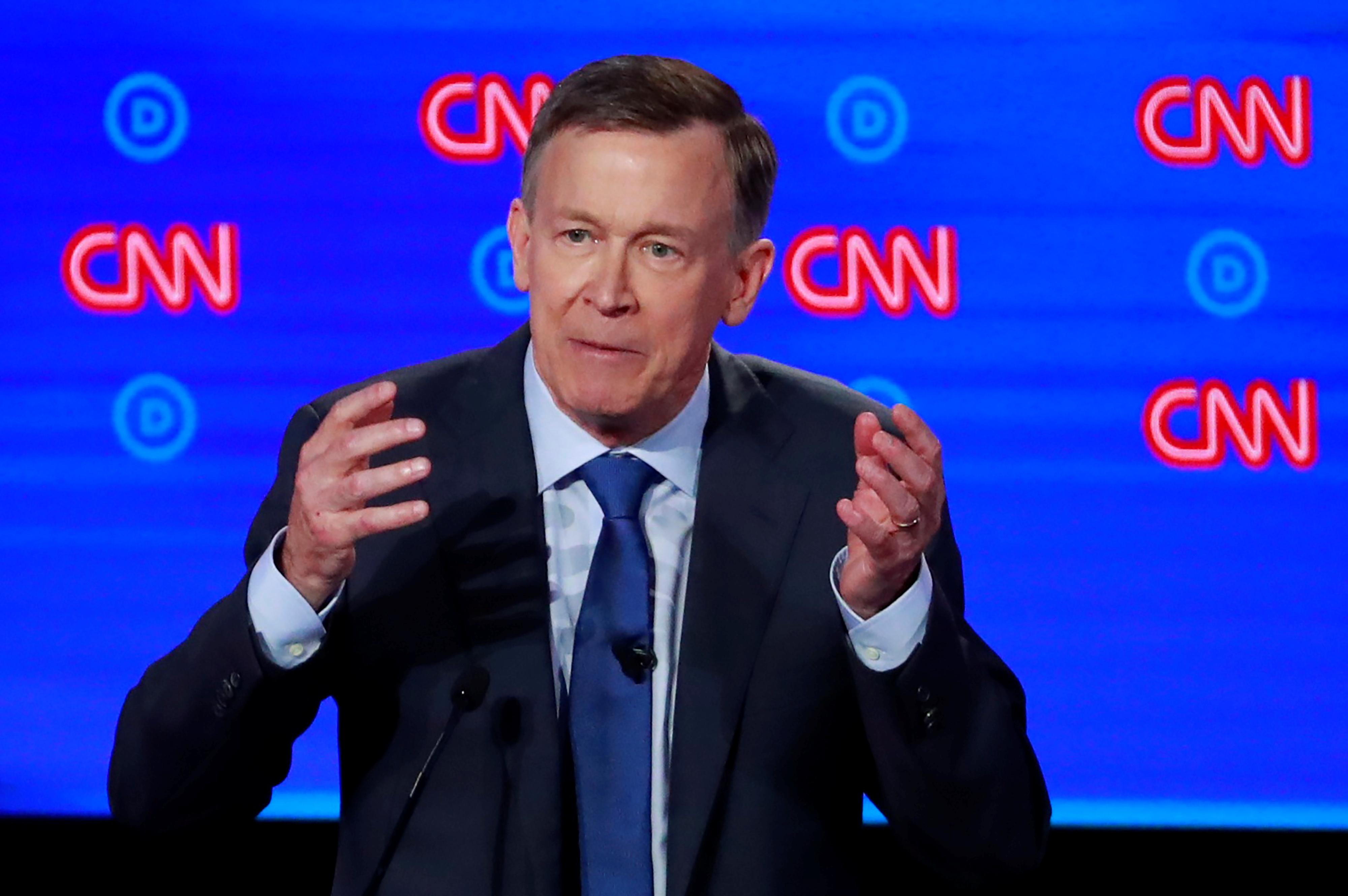 WASHINGTON (Reuters) – Former Colorado Governor John Hickenlooper shrugged off a series of campaign stumbles to easily win the state’s Democratic U.S. Senate nomination on Tuesday, beating a progressive challenger in a race vital to the party’s hopes of regaining Senate control in November.

Hickenlooper’s victory sets up a high-profile Nov. 3 showdown with conservative Republican U.S. Senator Cory Gardner, considered one of the country’s most vulnerable incumbents, in a campaign that will be a top priority for both parties.

With more than two-thirds of precincts reporting, Hickenlooper led by nearly 20 percentage points over Andrew Romanoff, a former Colorado House speaker who had touted progressive priorities such as Medicare for All that were opposed by the more moderate Hickenlooper.

Hickenlooper was projected the winner by the Associated Press shortly after the state’s polls closed.

Colorado was one of three states, along with Utah and Oklahoma, to hold nominating contests on Tuesday. Colorado and Utah primarily vote by mail, minimizing the problems with in-person voting that marred other elections during the coronavirus outbreak.

Hickenlooper, recruited to run by national Democrats after his failed presidential campaign last year, had been expected to coast to victory in Colorado but he was beset down the stretch by ethical violations and campaign gaffes, raising some doubts.

He acknowledged he misspoke in late May when he said during a discussion of the “Black Lives Matter” movement that every life matters – a phrase criticized for dismissing racism against Black people. He also apologized after a six-year-old quip surfaced in which he compared a politician’s schedule to working on a slave ship.

Hickenlooper was fined $2,750 by the Colorado Independent Ethics Commission on June 12 for violating state ethics laws by accepting free travel when he was governor. He initially defied a subpoena from the panel, testifying only after he was found in contempt.