International Trade Secretary Liz Truss is set to finalise the agreement by March, according to those with knowledge of the talks. Negotiators are also said to be close to signing off on a deal between the UK and New Zealand.

The Australia deal would increase UK trade by as much as £16billion a year.

Meanwhile, trade between Britain and New Zealand is estimated to be worth nearly £3billion.

Finalising the deals, as well as securing Britain’s accession to the Comprehensive and Progressive Agreement for Trans-Pacific Partnership (CPTPP) have all been key aims for Government in 2021.

CPTPP is a free-trade agreement between 11 countries centred around the Pacific Rim. 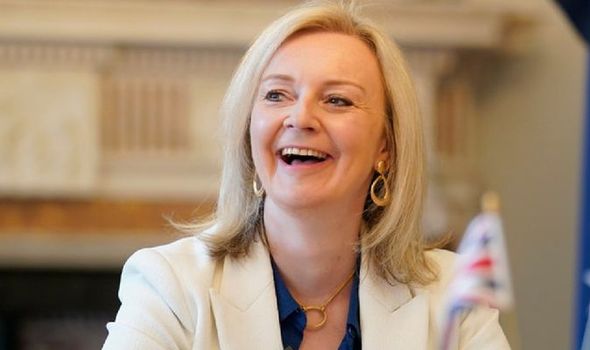 Express.co.uk understands an announcement on the CPTPP could be made by the Department of International Trade as soon as today.

Ms Truss told the Commons earlier this months: “Negotiations are already underway with the United Staes, Australia, and New Zealand, as well as our planned accession to the CPTPP, hitching Britain to the fastest-growing markets around the world.”

The Minister said joining the CPTPP was “a priority” and a “key part of our trade negotiation programme”.

Meanwhile, talks with New Zealand and Australia could be concluded before Easter.

“There is a race between Australia and New Zealand,” a senior Department of International Trade official said.

“They should both be around Easter, maybe earlier if it goes well.”

Speaking to City AM, the official said negotiations with New Zealand and Australia were “neck and neck”.

A Department of International Trade spokesman said: “We are committed to securing ambitious free trade deals with Australia and New Zealand as soon as possible, harnessing the opportunity to negotiate high-quality and innovative trade agreements with like-minded, liberal trading nations.”

Ms Truss’s department has already secured 64 trade deals with countries around the world in the last 18 months.

Most of these were rollover deals, securing trade with countries on the same terms as when the UK was in the EU.

As well as hoping to secure deals with New Zealand and Australia, signing a trade agreement with the US remains a top priority for the Government.

Ms Truss is hoping to get a deal with America signed by the middle of the year.