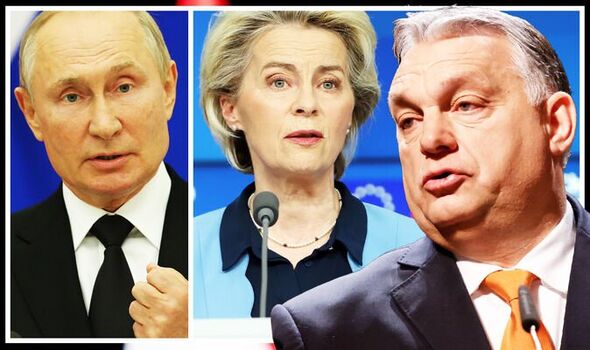 Throughout his time in office, the 58-year-old has nurtured a close relationship with Russian President Vladimir Putin, and despite condemning the invasion of Ukraine has refused to commit to all of the European Union’s (EU) sanctions regime.

In fact, Mr Orban’s victory means he is likely to pursue a similar stance, as EU leaders debate whether to impose tougher penalties on Moscow.

Hungary’s PM also used his victory speech to snap back at criticism from Ukraine President Volodymyr Zelensky, listing him as one of the opponents his Fidesz party had faced in the election.

Mr Zelensky has hit out at Mr Orban in recent weeks for taking a softer line with Russia than other EU leaders.

So, given Hungary’s stance on following through with all EU sanctions against Moscow should the country be expelled from the bloc?