Rishi Sunak is running to be Britain’s next prime minister against Liz Truss, but some Tory members feel the former chancellor has blown his chance of winning due to how he treated his former boss.

At a leadership hustings in Leeds last night, Matthew from West Yorkshire blasted Mr Sunak for his role in forcing the Prime Minister to resign.

He told the former chancellor: “Many people unfortunately see that you’ve stabbed him in the back. 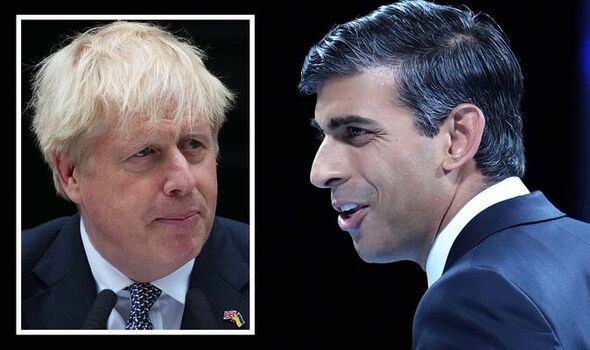 “He’s the man who made you a senior politician and some people don’t want to see that in Number 10.”

However, Mr Sunak defended his decision, saying he was proud to serve in the Government but “it got to a point where I couldn’t stay”.

The row comes after thousands of Tory members signed a petition calling for Mr Johnson to be included on the Tory leadership ballot.

So, has Rishi ruined his chances of becoming prime minister by ousting Boris?