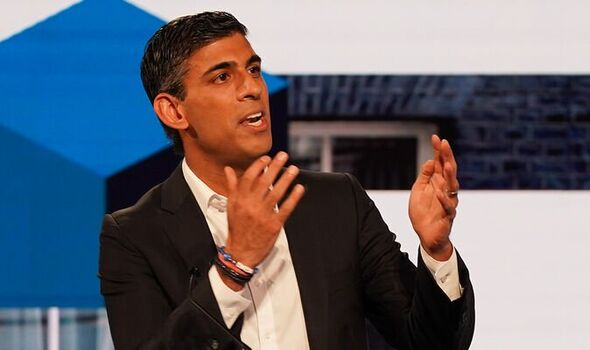 Rishi Sunak and Liz Truss faced off on Monday night in a televised debate as the final vote for who will take over as Prime Minister and Conservative Party leader nears.

Both candidates have been furiously mounting campaigns to take on the top job, with the next stage seeing Conservative Party members vote for their preferred choice.

In the BBC debate on Monday, the pair did not hold back in voicing concerns over the other’s manifestos. Mr Sunak told Ms Truss her plans to cut taxes would “tip millions of people into misery” and risk the Tories losing the next election, while Ms Truss warned the former Chancellor’s plans would lead to a recession.

Mr Sunak has said until inflation is under control he would not cut taxes and instead would focus on the cost the coronavirus pandemic has created.

According to the latest odds, Ms Truss is the more viable candidate but Mr Sunak is not far behind.

William Hill spokesperson, Tony Kenny, said: “Punters were seemingly initially impressed by Rishi Sunak’s performance in last night’s BBC debate backing him into 13/8 which included a £6,000 bet before it got underway.

“Liz Truss had drifted to 1/2 but it’s been one-way traffic since and she’s back into 3/10 with our customers feeling she is the more viable candidate at this stage.”

Despite angry looks and speaking over one another, by the end of Monday’s debate the duo were on better terms with Ms Truss even saying she would “love” to have Mr Sunak on her team if she wins.

So after debates, pledges and campaigns do you think Rishi Sunak would be a good PM? If Liz Truss wins, should she include him in her cabinet?