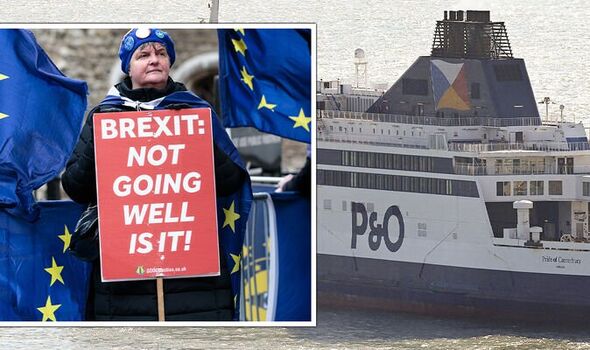 One Twitter user – Stewart Jackson – commented: “EU employment law would not have allowed these sackings…

“Time to join the dots folks.”

However, trade unionist and UnHerd columnist Paul Embery dismissed the argument as a “myth”, highlighting it has been debunked by those “in the know”.

He responded: “As leading employment lawyers have already shown, these sackings appear to be unlawful under UK law.”

The cruise firm P&O sacked 800 members of its workforce last week via video message and without giving any prior notice.

Chancellor Rishi Sunak said the way that the company dismissed its staff was “awful” and “wrong”.

Do you agree that the P&O disaster was created by Brexit?